Globe and Mail:  Loss of Hossa in warm-ups hurts Blackhawks in Game 3.

Boston Herald:  Orr -This Bruins team ‘means a lot to me’.

Chicago Sun-Times:  Dave Bolland has a game to forget.

Globe and Mail:  Glendale set to determine Coyotes future in the desert.

Globe and Mail:  Seattle on NHL’s relocation radar yet again. 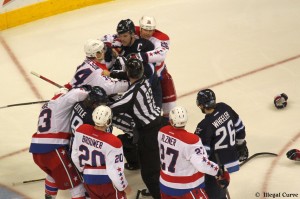