Playoff news: Ovechkin helps Capitals get even with Rangers. Elephant in the Room. Ovechkin and Capitals take advantage to tie series. Blues get blown out by Kings. Kings defeat Blues, take 2-0 series lead. Canada’s team – How about the Phoenix Coyotes?

Washington Post:  Ovechkin helps Capitals get even with Rangers.  Washington coach Dale Hunter is trying some unorthodox tactics to awake Alexander the Great but it sure seems to have Ovi fired up.  The Post has more on how Ovechkin’s ice time is an “Elephant in the Room“. 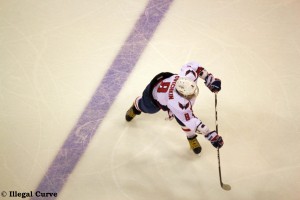 New York Times:  Ovechkin and Capitals take advantage to tie series.  These Capitals sure are not playing a brand of hockey we are used to seeing from the usually offense first Washington squad.

St. Louis Post- Dispatch:  Blues poor 1st period costly in loss to Kings.  The difference maker has been the superb play of Kings tender’ Jonathan Quick.  He has been simply sensational and Blues coach Hitchcock is going to have to do something quickly to get his team out of the 0-2 hole they find themselves in.

Globe and Mail:  Canada’s team –  How about the Phoenix Coyotes?  Do you care about which team has the most Canadian players?  Last season the Canucks were “Canada’s team” yet Philadelphia had more Canadian content than Vancouver.  I suspect many in Manitoba still will not be able to stomach cheering for the Coyotes although I could be wrong.