Saturday Night Hockey in the Desert – What does 9,162 fans look like?

What is going on in the desert? Tonight’s crowd was an improvement over the previous game but still a far cry from what it should be. This team is playing some exciting hockey right now. Pictures from tonight’s game after the jump.

Answer:  A half empty arena.

What do you think Shane Doan and Mark Recchi were discussing? 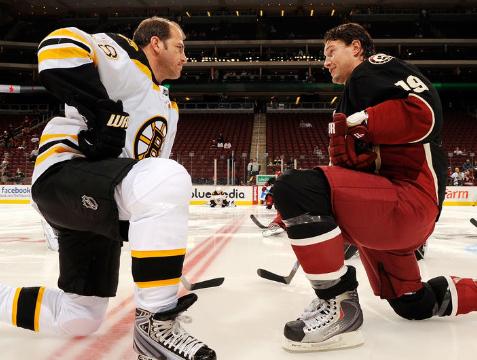 At the end of the day it was a Saturday night, the Bruins were coming to town and perhaps fans stayed away because they knew that Milan Lucic wasn’t going to be playing.  Whatever the reasons the arena looked empty again tonight. 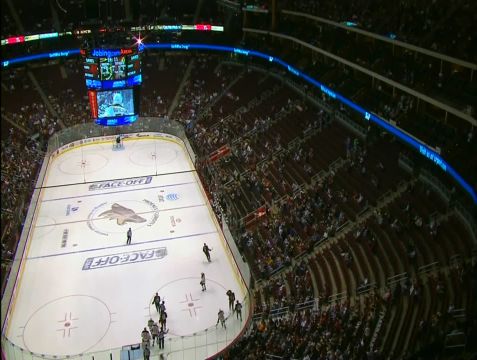 The people showing up are the die-hard fans.  Yes, there are hard core hockey fans in the desert.  There are also the  band wagon jumpers and perhaps with each additional win, more of the latter will show up and begin to develop into the former.  Regardless more fans better start showing up or else it won’t matter if the Yotes win or lose because they will be doing it somewhere else. 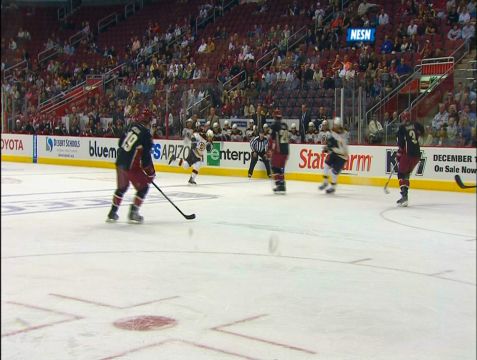 After tonight’s victory this team sits 3rd in the Western Conference and 1st in the Pacific and let’s hope  that for the next home game against the Detroit Red Wings on Thursday night that the crowd is above 10,000. 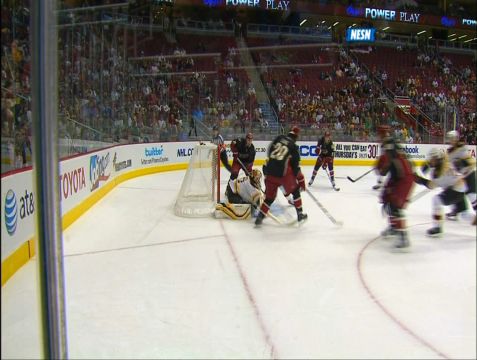 The Coyotes team deserves it the way they are playing.