Jets add some depth at forward. 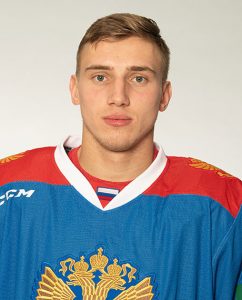 If you’re reading this headline and thinking who exactly is Andrei Chibisov he is a 26 year old left shooting winger who has five seasons in the KHL.  Last season with Magnitogorsk Metallurg in 50 games he had 7 goals and 13 assists.

Jets have now made it official.

According to reporter Igor Eronko the Jets had scouted Chibisov previously so this isn’t completely out of left field:

There’s a rumor Alexander Yelesin and Andrei Chibisov will also join #flames after Artyom Zagidulin, but I don’t believe it. Chibisov was scouted by #NHLJets, Yelesin should choose much less deep on D team (heard about #VGK interest to him)

Mike McIntyre of the Winnipeg Free Press has this as a scouting report on the newly signed forward:

A recent scouting report: “Chibisov is a total wildcard: at his best he can show quite a combination of skating, size and skills, the issue is that there are way too many up-and-downs in his game, which makes it harder to predict what he potentially could do on the NHL level.” https://t.co/rBgzBtJPxo