News You Can Use

Veteran centre Mats Sundin will reportedly not play for defending champion Sweden in the Olympic hockey tournament next year.

‘There will be no Olympics in Vancouver for me next year,’ Sundin was quoted as saying Sunday on the Swedish newspaper Expressen’s website. ‘I will not change my mind,’ Sundin told the newspaper. ‘I think it’s time that the next generation takes over. We have many good players.’ 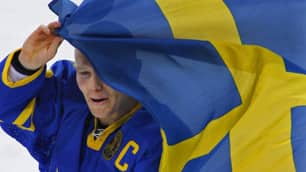 It appears this is likely the end of the road for Mats Sundin.  I imagined much like Mike Modano, he was sticking around to play in one last Olympics but if this declaration is accurate then I would imagine that he might retire as well.  Is this it for the former #1 draft choice of the Quebec Nordiques back in 1989 who made his debut in 1990-91?  If it is, here are some of his achievements (courtesy of Wikipedia) over the past 18 seasons: