News You Can Use

While we await the start of the Hawks/Canucks game, Kyle pointed out this cool hockey video coming from the North American Hockey League (Tier II Junior A League). 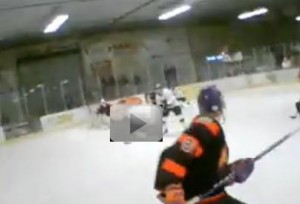 Now this is perhaps a new view that the NHL should consider.  Perhaps in the interim we can attach one of these to Regis “Pierre” McGuire’s head in-between the benches.

Editor’s Note:  Thanks to Brownbullhead for pointing out that the video clip was removed from YouTube for whatever reason.  I’ve added a similar looking video which shows what the view would look like.