Fresh off signing a new contract CJ spoke about his new deal, his goals and much more.

Thirteen days ago Jets 2014 5th rounder CJ Suess signed a two-year contract with Winnipeg ensuring the Minnesota Nice product would be sticking around in Friendly Manitoba.  I had a chance to chat with him about his new contract, his goals, this extended offseason, living in Winnipeg and much more. 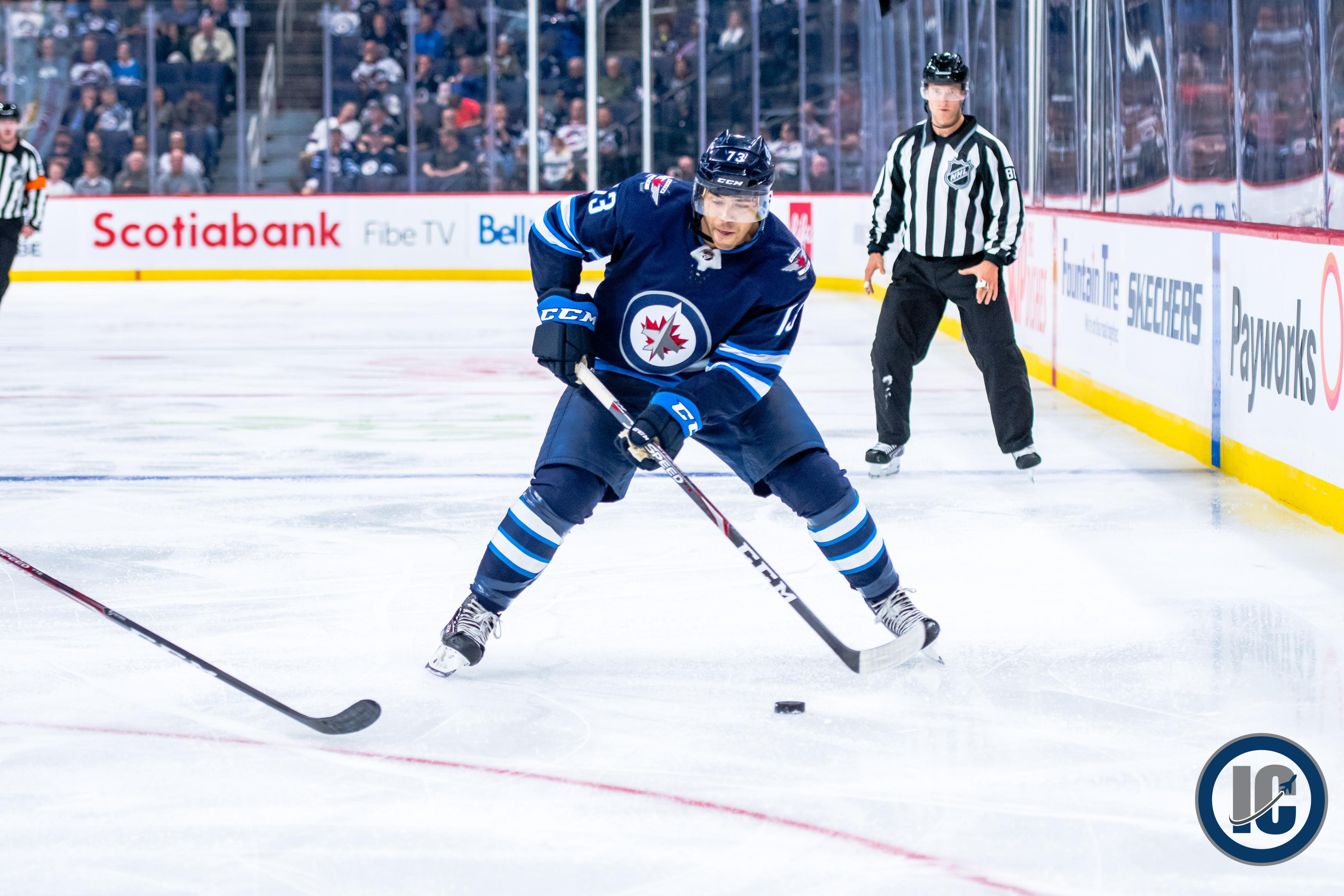 “It was awesome. They’ve always treated me well and I feel like there’s opportunity here to really make the next step and go forward. I’m really excited for it. It’s nice to have that two-year deal too cause it solidifies the next couple of years and not have to worry about contracts next summer and I can just play hockey.”

How involved are you in the process or do you leave that up to your agent Dean Grillo?

How long did the process take?

“I’d say it was probably over a month, just about around there. I always kind of knew that I would be signing back with Winnipeg. We had been in contact and they kinda reassured me that I was in their plans for the future. So I really had no worries about being back in Winnipeg, it was just the details that had to be hammered out.”

There is lots of uncertainty about next season. How, if at all, does that impact your training?

“My body is feeling really good since I haven’t been banged up in seven months. I feel for the most part it’s about staying in shape and staying lean and figuring out what you have to do individually to kinda be ready for the season. For me that’s hitting the bike a lot and getting my cardio up because that’s a big thing I wanted to work on going into this season.”

How much contact have you had with the Jets/Moose organization during this long offseason?

“I had a call with Paul (Maurice) about a month and a half or two months ago. Just going over what they wanted me to do, wanted me to work on going into next year. I think I’m at the point in my career where I know what I need to work on, what I need to do to get ready for the season. I think they feel the same way about me. It’s just touching base with the training staff and with the trainers seeing how I’m doing and how I’m feeling.”

How did you grow in your second full season as a pro?

“Just learning the game. You can kinda learn to read plays and know where the play is going and I think that was a big aspect for me. Learning to play with new players, learning to play on all four lines, not just the top couple of lines, I feel that was big for me. Knowing where I need to be to score goals, read situations and prepare my body.”

Reflecting back to November 1st, 2019 and his first ever NHL game in San Jose.

“It was awesome. It was a dream come true. But for me I kinda felt like it was just a taste and I didn’t want to settle and I still don’t want to settle for one game in the NHL. So that’s kinda given me motivation to keep going. I feel like I wouldn’t have signed with Winnipeg if I didn’t think there was opportunity for me and I am going to do everything possible to get back there and get back at it.”

“It was a whirlwind of emotions. I woke up, had to take a flight out to San Francisco, and then take a car service up to San Jose and right when I got there go to the morning skate and didn’t really know I was in the lineup until warmup. And actually getting into the lineup, looking around and seeing all the people in the stands it was awesome. Once you get to that point you kinda want to be there for the rest of your career and that’s what I am working towards.”

Working hard in the AHL to earn another opportunity in the NHL.

“You never want to let up. I was raised to never settle. My parents always told me if you want something you have to work for it so no matter where I’m at I am going to do that, try to get to the next level and end up finishing my goal.” 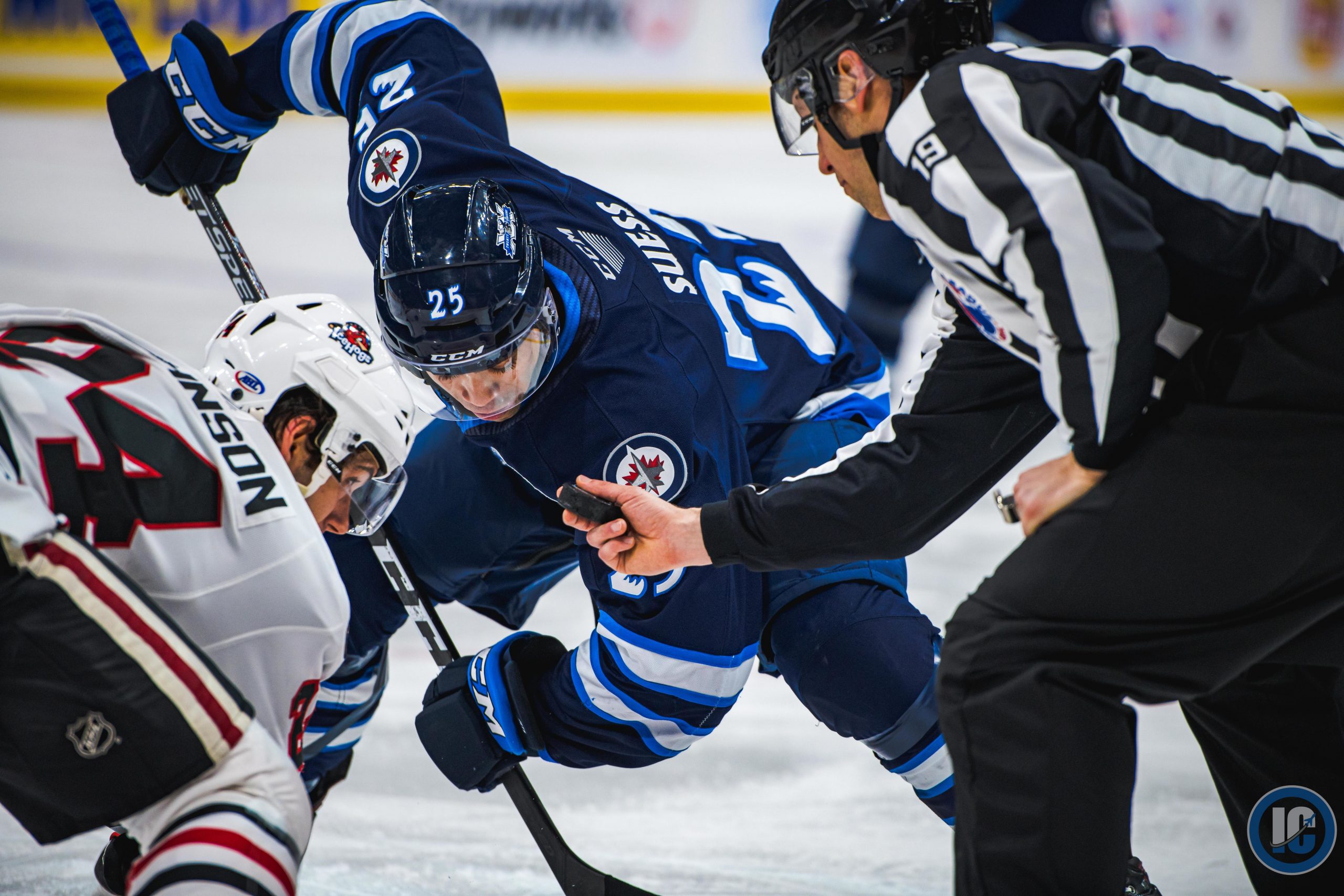 Where does your drive come from?

“I think it’s from growing up. What my parents instilled in me. Kinda grew up on the farm and got told that you have to work for everything and have to earn it. I’ve kept that mindset the whole way through. For me hard work has gotten me all the things I’ve achieved, whether it’s in the USHL, at Mankato or even in the pros. So that’s just something I always have in the back of my head to work hard, be consistent and never let up.”

Do you set goals for yourself ahead of each season?

“Always starts for me at training camp. Being the best I can be going into the season and hopefully coming out of training camp with the Jets and if I don’t then reset and re-think and go over what I need to do with the Moose in order to get back up with the Jets. Not really put too much pressure on myself. At times you have to be like ‘Ok just go out and play hockey’. But it’s always in the back of my mind that I’m not where I want to be and I feel like that’s my motivation, is to get up with the big club.”

“I love the homey feel, the forest area, and getting to know how similar it is to back home. The homeyness and the community feel that it has.”