On the Beat: Ryan Miller to return Friday and new lines for Florida

What team beat writers are saying this afternoon:

Also, in light of yesterday’s Canucks Team Plane article, reader Allan has passed along this picture with a look inside the team plane: 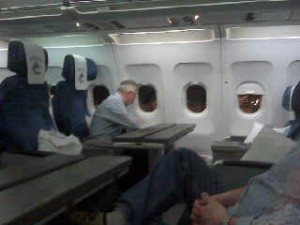