Numbers Game: Shots Against vs. Goals Against

Not surprisingly, the Bruins, riding the awkward goaltending style of Tim Thomas to win after win, have the best GA/g in the league.  However, they are giving up more than 30 shots against every game and are ranked 20th in that department.  The Wild, with the 2nd best GA/g, sit 19th.

As the numbers suggest, there is only a small correlation between shots against and goals against.  While teams focus on shot prevention, their success, at least for this season, ultimately seem to lie in the hands of their goaltenders. 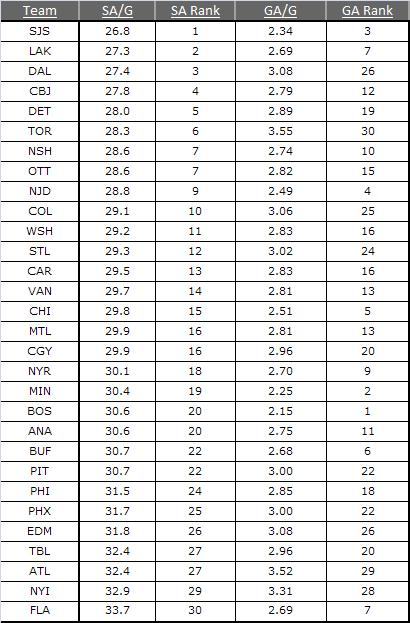