Looks like Niakwa Country Club got into the Christmas spirit early this season. 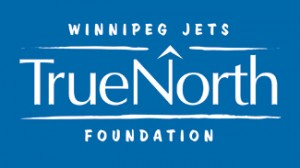 Looks like Niakwa Country Club got into the Christmas spirit early this season:

True North Sports & Entertainment Limited would like to thank Niakwa Country Club for selecting the Winnipeg Jets True North Foundation as their charity of choice and for their generous donation of $15,000 raised as part of hosting the 2011 Canadian Men’s Amateur Golf Championship. The donation will be used to pay for the transportation costs of three schools who will take part in the True North Hockey Academy.

“We are extremely grateful for the substantial donation made on behalf of Niakwa,” said Dwayne Green, Executive Director of the Winnipeg Jets True North Foundation. “This contribution will allow us to provide transportation for three groups of students so that they are able to participate in our hockey program, an opportunity they may not normally get to take part in.”

The Niakwa Country Club along with 250 volunteers was host to the 2011 Canadian Men’s Amateur Golf Championship conducted by Golf Canada during the week of August 8th to 14th. As part of the Championship tournament week, Niakwa launched its first ever celebrity amateur golf event in support of this prestigious National Championship and a local charity. The event included two days of golf and celebrities from the entertainment, media and sport communities. The celebrity amateur event was chaired by Todd Fanning and the organizing committee selected the Jets True North Foundation as the official tournament charity.