The Jets and some local guys from the NHL took in a brisk skate this morning. Leafs goalie James Reimer joined the Jets for today and expects to be in town about a week.

A number of players were on the ice this morning for a skate including; 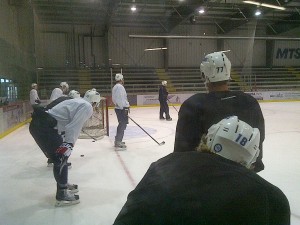 Here is the audio from the Jets captain and the Leafs netminder.  Not surprisingly most of the talk centered around CBA negotiations.  Reimer did briefly talk about newly announced Leafs goalie coach, Rick St Croix.  Listen here. 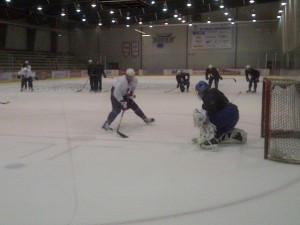