NCAA Round Up: The most wonderful time of the year.

A rundown of some of the college games to look forward to. As well taking a look at the U.S. & Canadian World Junior teams. Goon’s 2009 Christmas Wish list. 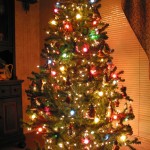 In my opinion this is the most exciting time of the year, with the Christmas holiday season right around the corner, that means many of our favorite college hockey teams are playing non-conference games or in holiday tourneys.

UAH vs. Vermont
UMD vs. Mercyhurst

Clarkson vs. NMU
BGSU vs. UMN

With the holiday season comes this years World Junior Championship in Saskatoon and Regina, Saskatchewan between December 26, 2009, and January 5, 2010, I have listed below the US college hockey players that are vying for a spot on the USA roster.  This years version of the Canadian WJC team is made up entirely of CHL talent and doesn’t have a single college hockey star on their roster.  Incidentally, there were a few Canadian collegians that were vying for spots on the Team Canada roster; Denver University Sophomore Patrick Wiercioch was cut because of a knee injury and Harvard University Freshman Louis Leblanc was one of the last players cut from team Canada. Some thought that Dylan Olsen from UMD and Joe Colborne from DU might have a chance to make the Canadian roster as well but they did not make the team.

Blais back in Grand Forks, ND

The USA WJC tryout has been at the Ralph Englestad Arena in Grand Forks, ND this past week and the Fighting Sioux will play the USA WJC team in an exhibition game tonight at 7:07pm.  I heard there are still tickets available if you want to attend the game. The USA team is coached by former Fighting Sioux head coach and current UNO Maverick head coach Dean Blais.

I was off from work yesterday and when I heard that coach Blais was speaking at the Sioux Booster’s luncheon I decided to attend my first ever Sioux Booster’s luncheon at the Alerus Center. It was fun listening to the former Fighting Sioux head coach speak.  Blais is always good for interesting quote or two. On playing in Canada Blais said, “We have to be prepared to be booed in every game we play — not just against Canada. We’re going to be booed when we play Latvia.” [Grand Forks Herald]

I have a lot of respect and admiration for the former coach and I think team USA is in good hands with Dean Blais. I expect the USA WJC team to be more disciplined this year than some of the teams from the past few years. Last season’s USA WJC team under Ron Rolston took a lot of undisciplined penalties and lost it’s composure against the Canadian team, I don’t expect that to happen under a veteran coach like Dean Blais.

1.) I want more consistency out of the WCHA officials. Consistently calling the games in a poor manner is not consistency. The on ice official’s performance in the WCHA this year can best be described as brutal and unacceptable. No more officiating games by the score board. If it’s a penalty in the first period it’s still a penalty in the closing minutes of a game. Start calling the obstruction, picks and protect the puck carrier, like the NHL does. I believe that the NCAA Division 1 hockey officials should have to answer to USA hockey. If the on ice officials are not up to standard of USA hockey they are terminated and should not be allowed ref in any level of hockey. The officials on ice performance should be made available by a simple freedom of information act request. No more secrecy surrounding the on ice officials. (I am giving a lump of coal for the WCHA league office; your official’s performance during the first half of the season was brutal).

2.) I want to see the NCAA Division 1 hockey mirror the NHL in quality of officiating, video review, discipline of players, coaches and official, and use the rules the NHL has for deciding ties during the regular season. College Hockey is a great game and needs to step forward into the 21st century. I would like to see all the leagues go by the same rules.

3.) I want to see stiffer penalties for players that injure another player on the ice with an illegal check. A weak and non-punitive one game suspension for knocking out a fellow player with a dirty hit is unacceptable. Suspensions need teeth.

6.) I would like to see all references and or discussion of the Big Ten Hockey Conference put to bed forever. It’s a pipe dream that some Big Ten administrator(s) with a college football background wants to push. They had a chance to put the Hockey Show Case games on the Big Ten Network and they games were unavailable for people to watch. (Lump of coal to the BTN).

Check out more from Eric at twitter, and the Goon’s World Blog

Frozen Assets: A Fresh (Pythagorean) Perspective on Team Rankings
The IllegalCurve.com Radio Show is on Air!