Moose add a couple of forwards to the mix. 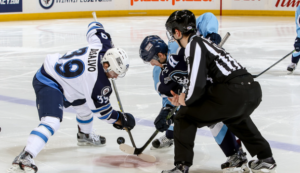 With the release of Jiri Fronk from his AHL deal yesterday the Moose made some moves adding a familiar face in Dan DeSalvo as well as forward Kale Kessey.

We still don’t have word as to the status of Patrice Cormier or Scott Kosmachuk who both have been out of the lineup.