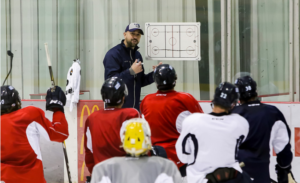 We are well into Winnipeg Jets training camp and now that they have made their first set of camp cuts the Moose have some players to get their training camp started, which got underway today.

The Manitoba Moose announced today the roster for their 2016 Training Camp beginning today, Monday, Oct. 3, and running through Sunday, Oct. 9.

Currently the roster features 17 players including the 11 re-assigned to the Moose by the Winnipeg Jets on Saturday.  Five players are attending camp on tryout agreements including Darik Angeli, Scott Glennie, Jordan Hill, Zack Kamrass and Kale Kessey.  See the attached roster for the full listing of players.

Additional players will join camp as the Winnipeg Jets continue to trim their roster.

On-ice sessions at MTS Iceplex are open to the public and free to attend. 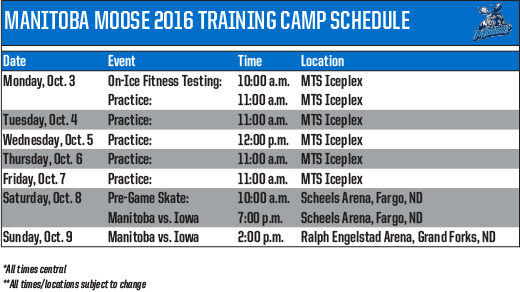