The Moose made the move and are now down to 31 at training camp. 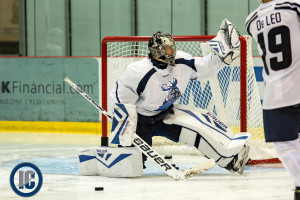 The Moose made the move and are now down to 31 at training camp.

The Manitoba Moose, the AHL affiliate of the Winnipeg Jets, announced today that they have released goaltender David Leggio from his professional tryout agreement.

The Moose will play two pre-season games against the Iowa Wild, the first on Friday, Oct. 2 at the Ralph Engelstad Arena in Grand Forks, ND and on Saturday, Oct. 3 in Fargo, ND at Scheels Arena. Game times for each game will be at 7:00 p.m. CT.