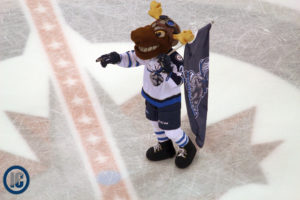 While the AHL schedule has not yet been released the Manitoba Moose announced that they will play their first home game of the 2016-17 season at the MTS Centre on October 18th against the Bakersfield Condors.  That will be quite the sports week in Winnipeg with the Jets playing on the 17th (Bruins) and 19th (Maple Leafs) and then concluding with the Heritage Classic Weekend against the Oilers and their alumni.

There was some thought that the Moose would have a problem drawing with the Jets in town but they averaged 7285 (according to the AHL) folks in the building last season, which was good enough for ninth overall.  Many of those fans were young families and it was clear on many nights that the kids added to the energy level in the arena.

Of course there is already plenty of speculation among fans with respect to who will be on that home opener roster but that won’t be determined until after Jets hold their training camp in September.

AHL will have some new rules for the 2016-17 season
Winnipeg Jets sign RFA JC Lipon to a one-year, two-way deal