Despite losing the Moose get a point which is enough to send them to the playoffs.

The thought coming into the weekend was that the Moose required three points to punch a ticket to the playoffs.  They lost last night in Milwaukee rather handily so it appeared that despite the game tonight in Chicago it appeared they’d have to wait until next week (or if other teams outside the playoffs lost) before they were able to secure a spot.

However the AHL provided some clarity this morning saying that it was only one point that would be needed by Manitoba to get into the Calder Playoffs. 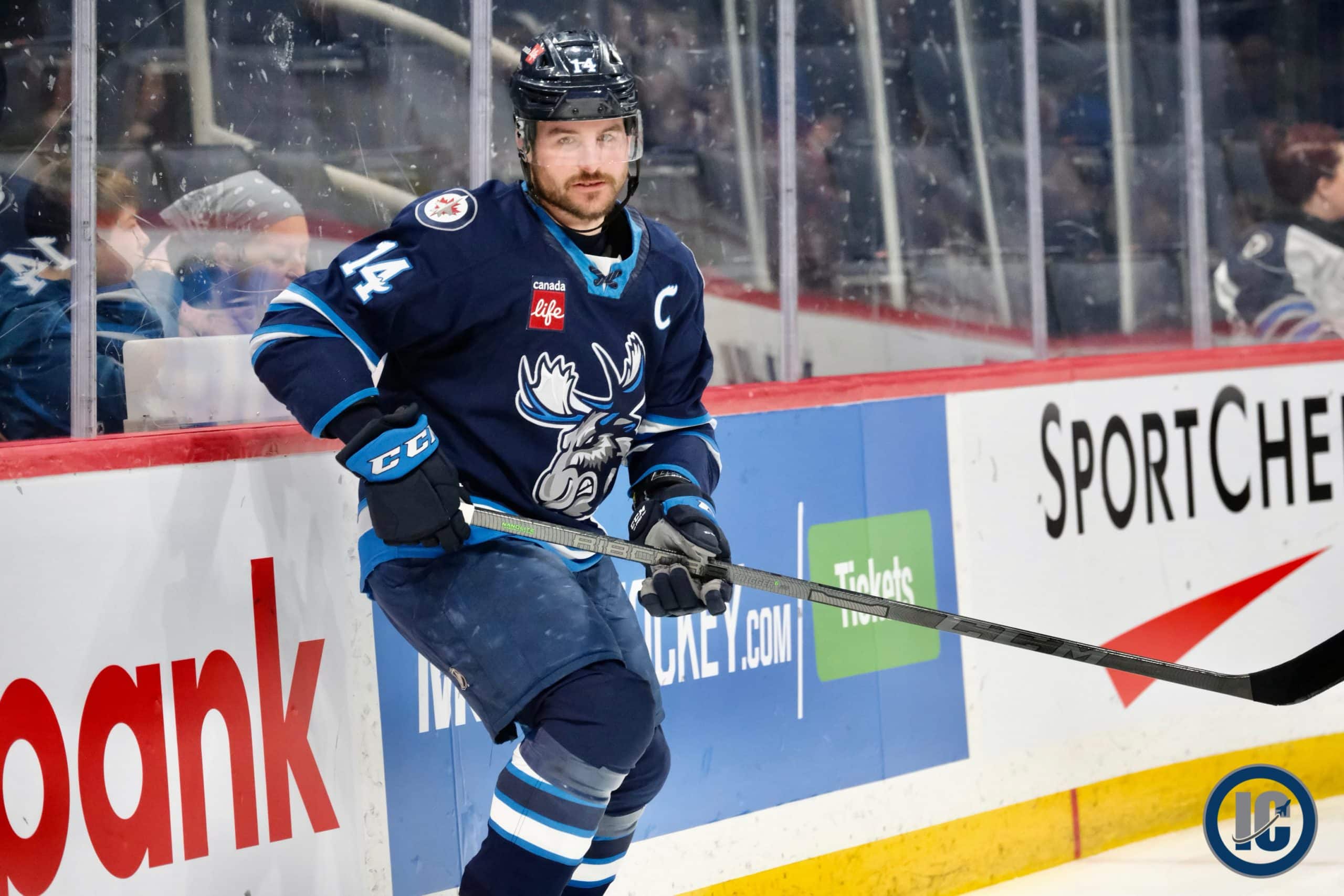 Tonight in Chicago the Moose and Wolves were locked in a 0-0 battle for most of the game until Ville Heinola lost an edge and the home team turned a 3 on 1 into a 1-0 lead. However this Manitoba club is a resilient team and they had dominated much of the game in the battle between the 1st place Wolves and 2nd place Moose. With the clock winding down Leon Gawanke blasted home the game tying goal.

Ultimately the Moose lost in OT but they had earned themselves a point which means they are going back to the playoffs. This is well deserved for a hard working team and will be important for the development of Jets prospects.

This is what Moose head coach Mark Morrison said after a game last month re: impact of post-season.

“Some people say two rounds of playoffs is like a season of games”.

Which given the many Jets prospects/home grown players on the team should be a huge benefit to the local NHL club for years to come. That list includes:

Should be an entertaining post-season to cover.