A preview of the teams who are competing for the Turnbull Cup.

The 54-game MJHL season is over, leaving hockey fans with four intriguing playoff series to watch this year. With the playoffs beginning tonight here is a preview of the teams who are competing for the Turnbull Cup this post-season.

On paper, this looks to be one of the biggest mismatches in recent MJHL history: Steinbach dominated the season set with Selkirk, the Pistons added big pieces at the deadline while Selkirk sold off players, and Steinbach ended the regular season on a 15-game winning streak while the Steelers only made it to the dance by one point as a .500 team.

However, Selkirk defied the odds to even be in this position and they’ve been playing at a playoff pace for the past month just to get themselves into this spot. If Selkirk wants to make it to the second round, they’ll need to bring that intensity into the playoffs.

Selkirk also has one other advantage on their opponents: the Steelers are a far nastier team than the Pistons. Selkirk has nasty, physical players who will thrive in playoff style hockey while the Pistons had almost 100 less penalty minutes than any other team in the league this season. Also, Steinbach will be short Hunter Degelmen, their grittiest forward, for the first round.

However, no team can roll four lines like the Steinbach Pistons. It’s a team so deep up front that Travis Hensrud’s 24 goals are on the fourth line. Hensrud outscored the Steelers fourth line six times over by himself this season. That depth, mixed in with superstar talent like Zach Power and Quinton Pepper, gives the Pistons unparalleled options to roll over opponents. Even if Selkirk can find a way to control play, they have to break through the MJHL’s top tandem in the crease: Will Hambley was a finalist for goalie of the year and only lost four games all year while Simon Harkness was the only regular MJHL goalie who never got pulled this year.

Steinbach has only lost one game in regulation since the Christmas break and don’t have any holes in their lineup. While Selkirk has some great players on their squad, it would be a shock the league hasn’t seen in years to see Steinbach’s cup run end in round one.

Two teams loaded with stars along with strengths and weaknesses make for an intriguing series. Both teams won four games against each other this season but Winkler took all three of the latest meetings, all in regulation. The Flyers won eight of their last ten games while the Blues haven’t won in regulation was February 12.

The Flyers are beasts on their special teams, they play hard and physical, and their home building is one of the toughest barns in the MJHL for opposing teams. They have the MJHL’s leading scorer Justin Svenson, part of one of the league’s top lines with Troy Hamilton and Jayden McCarthy. Their forward depth boasts players who’ve bought into the roles that take teams far in the postseason.Trent Sambrook headlines a mobile, smart defense core.

However, Winnipeg is right there with them. Brayden Foreman led the MJHL in points-per-game this year, while Josiah Vanderhooft and Eric Fawkes have each spent significant time atop the MJHL’s scoring race this season. Ryan Ostermann has been a different player since being acquired from Selkirk at the trade deadline, turning into a guy who is a threat on every shift. Different players down the lineup have found ways to come through at big moments. Tyler Teasdale has turned into a legitimate top blueliner to lead the backend. Behind all of that, Dawson Green is a goalie capable of stealing games. The Blues and Flyers match up eye to eye almost everywhere.

Both of these teams also have big flaws. Winkler took more penalties this year than anyone else, often ones that left fans shaking their heads at the decision making. Going down a man on a dumb penalty can end a season, but only if the Blues take advantage – Winnipeg’s power play is the worst in the MJHL, and is a symptom of a bigger problem. Since February 15, Winnipeg has not scored three or more goals in a game.

When these teams are healthy and confident, they are both legitimate cup contenders. The winner in this series will be the team that can work out their issues first while not sacrificing their strong points to do so.

One of sports’ longest playoff streaks is at an end. After 36 straight years of playoffs, the Portage Terriers will watch the first round from home for the first time since 1986. It’s impressive a team that started the year 2-12 was even in this position, but losing a win-and-in game at home will haunt the team all summer. They certainly won’t miss next year, though. With Portage hosting the 2023 Centennial Cup, expect a busy summer filled with trades to bulk up the Terriers for a national title run next season.

The Winnipeg Freeze are a team building for the future, but for them to get there takes a lot of pain right now. The team improved throughout the season and has interesting prospects who are expected to be top contributors next year, but there’s no denying the Freeze are what their record says – the Freeze were the MJHL’s worst team this season. After using their first year to build an identity, this offseason will be about building up their roster to compete for a playoff spot. 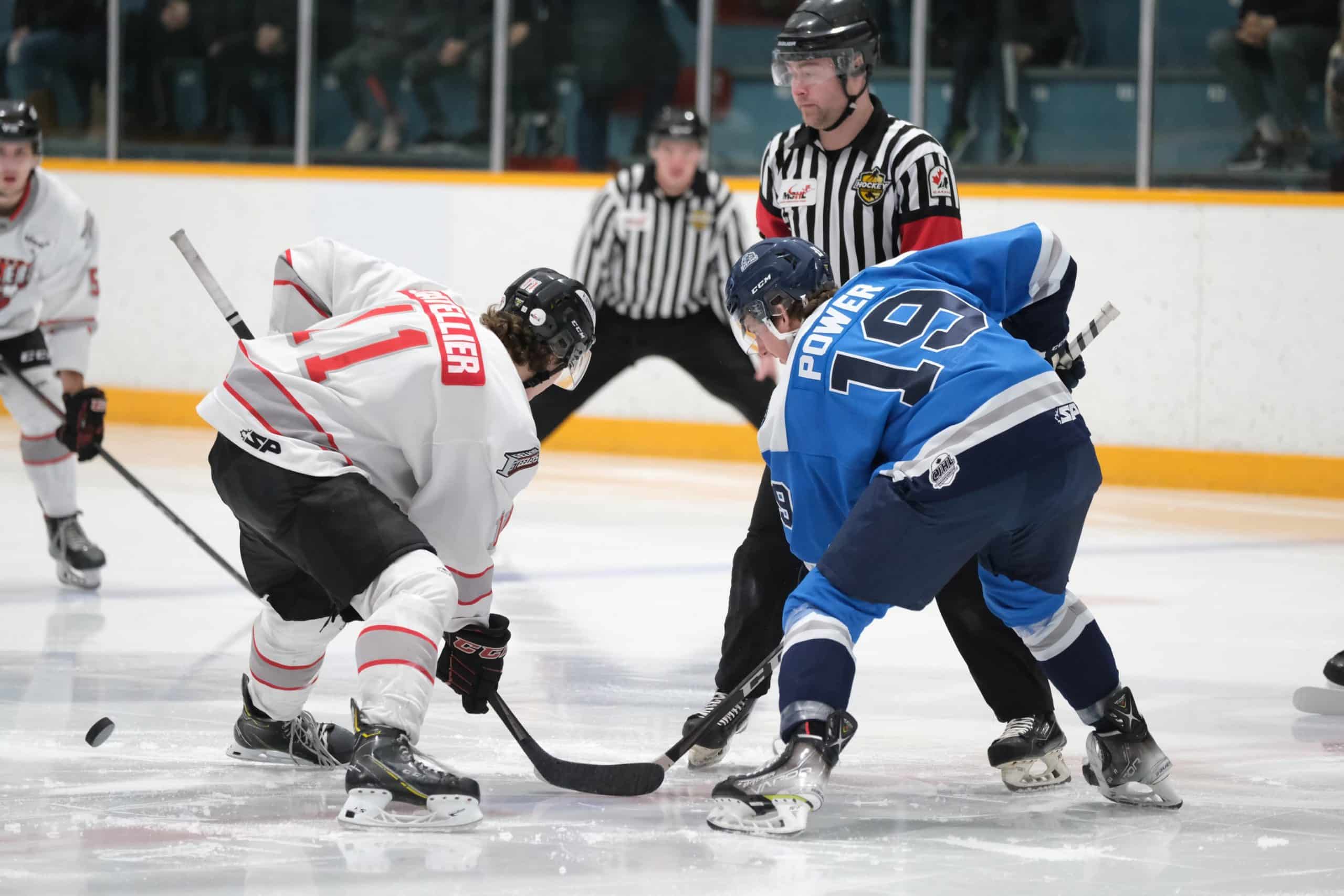 Fast and furious hockey makes the Dauphin Kings one of hardest teams to stop in the MJHL. They feature the coach of the year Doug Hedley, defenseman of the year Parker Malchuk, goalie of the year Carson Cherepak, and a forward group packed with game changers and jaw droppers on every line. No team had more all-stars this year than the Kings. Only losing one game through February and March has them as the hottest team in the West.

Swan Valley, meanwhile, isn’t as talented or deep as their opponent, but they are an annoying group to battle. Their system is designed to pepper their foes while making it painful, literally and figuratively, to get into their end of the ice. Their netminder Dylan Black is easily the best rookie goalie in the league this year. The Stampeders didn’t clinch their playoff spot by winning their way in, but that doesn’t matter – what matters is what the Stampeders will do with this chance.

One of the Kings main weaknesses is their propensity to give up lots of shots. Coincidentally, no one in the West shoots the puck as much as Swan Valley. The Stampeders, especially at home, fire just about everything they get towards the net before getting the forwards in deep to dig for second chances. Who controls those extra opportunities, or if Cherepak even offers them up, will be a big factor in this series.

The Swan Valley Stampeders came within a goal of their first Turnbull Cup in 2019 – to get another chance at glory, they’ll need their game to be perfect to match Dauphin’s relentless style.

Waywayseecappo is hosting a playoff series for only the second time in their history and is looking to go to the second round for the first time ever. With a strong, deep, and nasty team built on an identity of making opponents hurt on the scoreboards and the actual boards, this is the Wolverines best shot at a Turnbull Cup since 2007.

Virden, meanwhile, isn’t as deep but is packed with star power. League MVP Brayden Fischer and rookie of the year Carson Buydens each run a line that can do everything you need to win games in the playoffs. If Waywayseecappo tries to get nasty with them, players like Colin Cook and Jackson Orr are fully capable of giving it right back.

Interestingly, both teams have the same big weakness – neither team is great at killing penalties. That’s a problem when both teams are packing strong power plays to take advantage of that. It’s especially a problem for the Oil Capitals: the Wolverines are the league’s best team with the man advantage, boasting two elite units under an elite system.

Another point of note is neither team has the sturdiest netminder. Liam Tereposky for Waywayseecappo is strong, but has had rough outings this year while also missing time with injury. Virden hasn’t had one goalie emerge over the other to cement themselves as number one, which isn’t encouraging going up against the explosive offense the Wolverines employ.

It should be a tight series decided by which team can fight through their issues before the opponent can figure out their problems. Home ice also figures to be a huge factor in this series – Virden only beat Waywayseecappo once this season when in the Wolverines’ barn.

A spot was right there for Neepawa, they just couldn’t grab it. Instead, the team will miss the playoffs for the fifth straight time. The year certainly had its moments, especially head coach Ken Pearson reaching his 1,000th MJHL game with his hometown team. The team made significant strides away from the basement to set themselves up for next year. However, it’s hard not to see this year as a missed opportunity, especially considering their league-leading nine extra time losses. If even a couple of those games go Neepawa’s way, they could have been heading to Dauphin instead of heading home.

They tried to shock the province, but OCN’s early season struggles eventually caught up to them. A team that never could get on a consistent roll to build up points, OCN stayed where it was expected they’d be at the beginning of the year: a tough match, but nothing more. With leading scorer Dain Sardelli and captain Bryden Sinclair both graduating Junior A this season, the Blizzard will need some new guys to step up and take the roles those players filled.