TSN Jets FAQ.  With all the misinformation out there, Remis wrote up a comprehensive report about what you can expect if you would like to subscribe to TSN Jets TV.

Pictorial Summation of the Day at 17 Wing.  In one of the biggest days for the new franchise, the Jets revealed their new jerseys in dramatic fashion at 17 Wing air force base in Winnipeg.  IC was there for the reveal and If you want to feel like you were in attendance take a gander at some of these pictures.

Reactions to the Winnipeg Jets Jersey with Eric Fehr.  He might be recovering from injury but it hasn’t curbed his enthusiasm for the Jets new jersey.

Reactions to the Winnipeg Jets Jersey with Mark Stuart.  Speaking of enthusiastic, this new Jet seems very happy to be in Winnipeg. 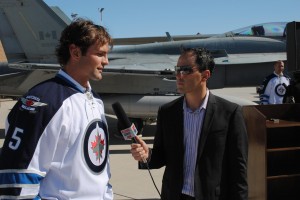 Reactions to the Winnipeg Jets Jersey with Reebok Designer Dominique Fillion.  He explained about the tight time lines and how the True North ownership took a very involved role in the process.

Reactions to the Winnipeg Jets Jersey with GM Kevin Cheveldayoff.  The Jets GM was quite excited with the reveal, including describing the moment he saw the players stepping out of the C-130 Hercules as “sending a chill down his spine”.

The rest of the Jets week on Illegal Curve after the jump including rookie tournament, five battles to watch for at training camp, Jets season tickets delivery method -update (and update to the update), player twitter accounts, Cheveldayoff press conference on Wellwood signing and the IC Radio show is back from summer hiatus, Day 2 at Jets rookie camp with audio interviews with IceCaps coach McCambridge, Jason Gregoire, Mark Scheifele, Adam Lowry and Edward Pasquale.

Prospect Pulse: Rookie Tournament and Jordan DePape.  Kyle’s usual Tuesday got bumped to today with all the news about the Jets jersey reveal but he gives our readers some insight into another Jets prospect to watch at this weekends rookie camp.

Jets player twitter accounts.  Remis does all the heavy lifting for Jets fans who want to follow their favourite players on twitter but maybe didn’t know the proper handle.

Jets season tickets delivery method – update to the update.  About 8 hours after the above post, the pre-season tickets started arriving in mail boxes across Winnipeg. 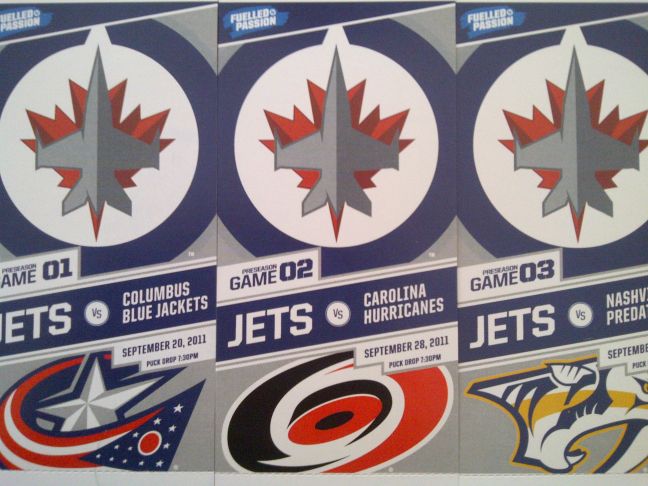 Kevin Cheveldayoff Press Conference.  Remis went down to the MTS Centre to hear about the latest Jets signing  (Kyle Wellwood) and to learn a bit more about this weekends rookie training camp.

Part 1 of the IC Radio Show.  Action packed show with an interview with TSN’s Jamie MacLennan.

Part 2 of the IC Radio Show.  More great Jets hockey talk including an interview with voice of the Jets, Brian Munz. 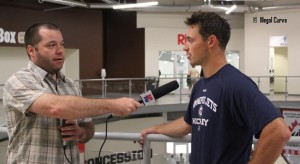 Hope everyone is enjoying the beautiful weather this weekend as it appears that next week’s temps are going to make it start to feel a lot like hockey season.  Looking forward to another exciting week of Jets news starting tomorrow with Morning papers.