Jets on a Deadline: Jets 4 Canucks 3 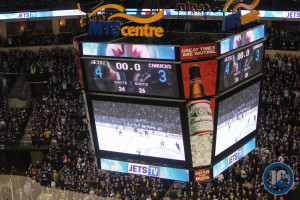 ChrisD.ca:  Setoguchi lights the lamp twice in the win.

The Province:  Canucks melt away in third period in 4-3 loss to Jets.


Coach Maurice post-game presser. What did he think of the response of Devin Setoguchi?  Staying positive – what was said?  Assessing the game.  Tough team to play against?  Ability to respond quickly when scored against!  The Daft Punk helmet given to the player of the game.


Illegal Curve Post-game podcast from the Press box: Host Michael Remis and Analyst Richard Pollock break down the Jets play against the Canucks. (Note: Will be posted in the AM)