Jets on a Deadline – Capitals 5 Jets 3

Game recaps, video highlights and the NHL.com 3 Stars of the night. 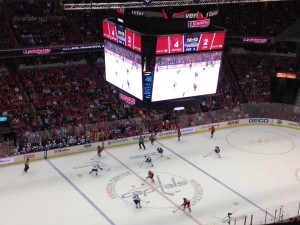 Globe and Mail:  Desperate Jets down to last gasp.

Washington Examiner:  Not an easy road, but the Capitals are division champions again.

Today was the most angry we’ve seen coach Noel after a loss and here are some of his comments from the post-game presser.

– How big a blow was that loss;

“This is the second year you’ve asked me that question.  It’s got to be the dumbest question in the world.  Last year you asked me in New York “how difficult was that loss”, are you serious, like you’re serious on that question?”

– On the reason for the loss;

“They played better than us.  They scored.  They put more pucks to the net.  They’re more skilled than us.  They have good speed.  We matched their speed.  They can make plays and they do make plays.  We stuck in the game, we got a chance to get back into it and we let it get away.  The shift after we made it 2-2 was disheartening.  That is a shift you’ve got to have.”

– “It’s not what if.  What if.  We had a game plan.  We played the game plan I would say, we played too cute.  There was no way we were going to be able to match their skill level and to play the way they play.  We had to do some things, to me, that we didn’t do.  We tried to get it back between periods to get it to go but never got it done”.

–  Was first goal water under the bridge after game tied;

– “Are you serious about that question?  You can’t be serious!  I just explained that.  The guy gets behind the net, is that water under the bridge? Please.  You guys got any other questions?  If you can’t come up with something better than that, I’m hurting!  You’re hurting!  Thanks.”

If you want to watch/listen to the entire post-game, TSN has it on their site: Coach Noel post-game. (Video)