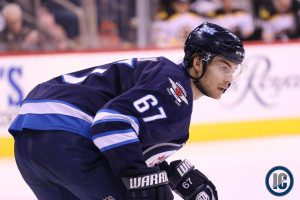 So says Frank Seravalli of TSN who says that talks are ongoing between the Jets and Frolik. Great news for fans who had him and Drew Stafford as the players they most wanted back on the team next year.

Michael Frolik is not a slam dunk to hit the market on July 1. Talks ongoing between WPG and his agent. #TSN