Getting caught up from the week that was for the local WHL team.

Editor’s Note: We are introducing a new weekly feature on Illegal Curve every Sunday focused on the WHL and specifically the Winnipeg Ice which may occasionally feature some news/notes on hockey that is happening in the MJHL. Heading up this new feature will be Jake Maurice who is the play-by-play voice of the Winnipeg Blues and is also a producer with CJOB 680.

A seven-game road trip began the right way for Winnipeg, but the next night the ICE saw their three-game winning streak snapped.

Winnipeg was supposed to have a home matchup on Tuesday against the Regina Pats, but the game was postponed. It is the third game the ICE have had postponed this month.

On Friday, Winnipeg began their road trip against the Calgary Hitmen at the Seven Chiefs Sportsplex. After giving up the opening goal, the ICE scored three unanswered goals for a 3-1 win. Zach Benson scored two goals and Conor Geekie scored and got an assist to lead the way in the victory. Winnipeg outshot the Hitmen 55-29 in the win, including a 21-8 edge in the final frame. For ICE forward Jack Finley, it was a special game as it was the first night he played against his brother Mason in the WHL.

The next night in Red Deer, Benson and Finley had built up a 2-0 lead for the ICE heading into the third. Unfortunately, the Rebels busted the lead and picked up a 3-2 regulation win on the back of two goals from Ben King. This game was the first one the ICE played this season with attendance higher than 4,000 fans.

Winnipeg sits six points back of first place, with seven games in hand on the Edmonton Oil Kings.

Winnipeg has five games this week, to finish off their road trip.

The week begins with a huge Monday matinee matchup with the Edmonton Oil Kings. The ICE last played in Edmonton on October 29 when Edmonton ended their season opening win streak in a 3-1 decision. Puck drop is 3:00 p.m.

On Wednesday, Chase Wheatcroft returns to Lethbridge for the first time since the ICE acquired him at the Trade Deadline. Wheatcroft comes back with two goals in his seven games with Winnipeg. The ICE are 2-0 versus the Hurricanes this season, outscoring them 12-1 in those games. The game begins at 8 p.m.

Winnipeg kicks off a stretch of three games in three nights on their way back east. First, a 8:00 p.m. game against the last-place Medicine Hat Tigers. The next two nights, Winnipeg battles the Swift Current Broncos, both at 7:00 p.m. The ICE beat the Broncos 8-2 last Saturday in Winnipeg – Wheatcroft and Connor McClennon both scored a pair in the win.

Star of the Week: 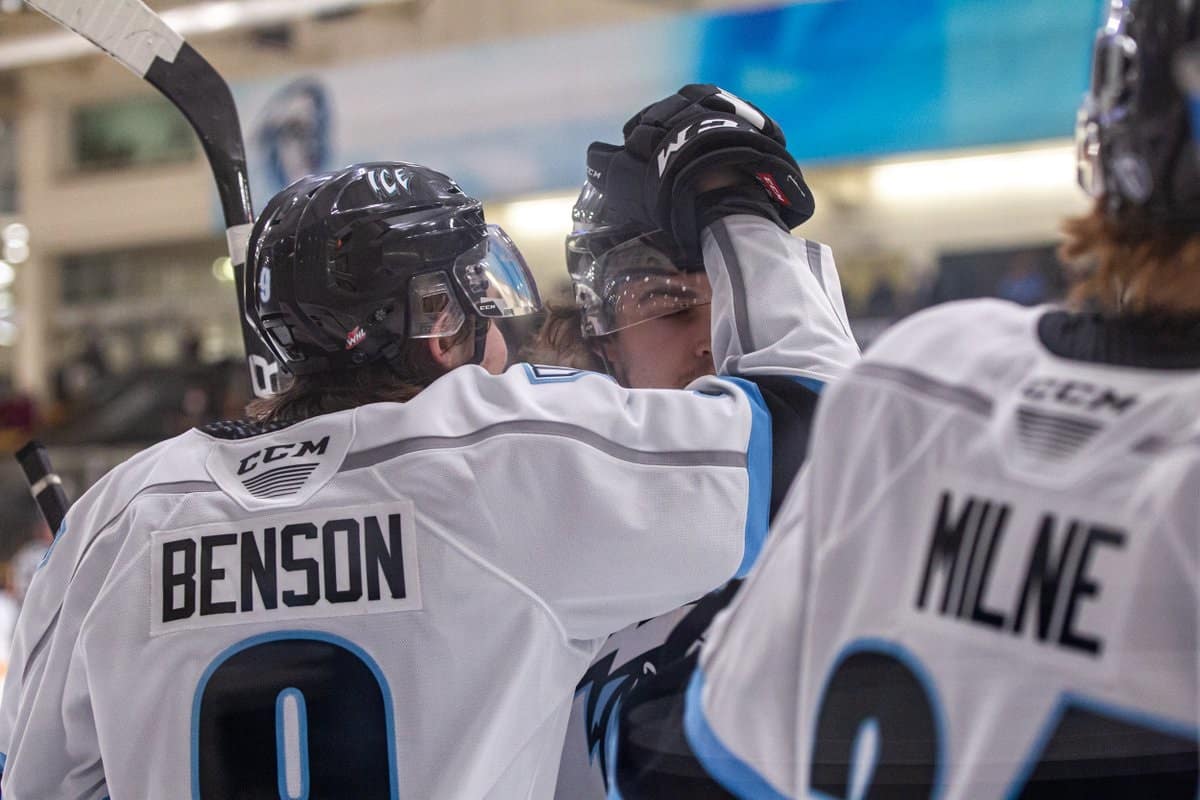 Three goals last week, including Friday’s game winner, have pushed the young star’s point streak to 12 games. He continues to grow into a consistent scoring threat, sitting second in the WHL in rookie points-per-game (1.25), only trailing his superstar teammate Matthew Savoie. In his pre-draft year, Benson is set to have one of the best campaigns by a 16-year-old in franchise history.