Ondrej Pavelec was on his game tonight for the Winnipeg Jets, stopping 28 of 29 Pittsburgh shots. At 18:22 of the second period, the Penguins scored their only goal of the game on a point shot from defenseman Zybanek Michalek. It is arguable that Pavelec should have earned a shutout as it was questionable whether or not goalie interference occured on the play.

After the game, Pavelec was very humble about the win thanking his posts for the good luck. When asked about the potential interference, the Czech goaltender said it was just part of playing hard and going to the net:

“I don’t know, it’s hard to say. I didn’t see it yet, I think I was a bit outside the crease, the referee saw it, he was there, he didn’t call it, that (type of play is) what you need. We scored the second goal like that; we went in front of the net, we screened the goalie and scored a goal. Sometimes it is what it is, they are trying (to score as well) and they scored from that, they (got in front of me) twice, and (the refs) didn’t call it. I didn’t see it yet, I’ll have to see the video.”

In order to determine if the play was goalie interference, we should look in the official NHL rule book to determine the appropriate definition.

2) An attacking player initiates intentional or deliberate contact with the goalkeeper, inside or outside of his goal crease. 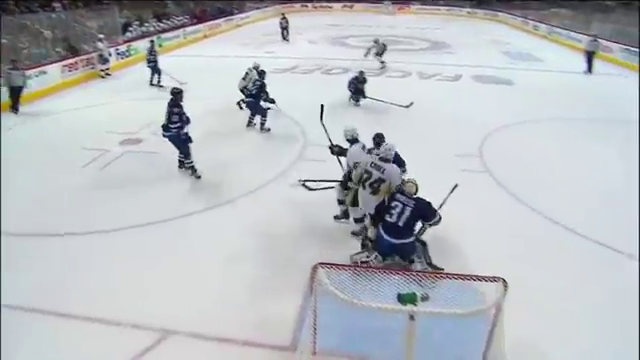 From the overhead view, the images show that criteria one is  satisfied; Pavelec’s ability to move freely is impaired after contact with Matt Cooke. It is up to the referee’s discretion to determine if intentional or deliberate contact occurred. Given Cooke’s track record, it would be reasonable to assume that it was intentional, and go to video review if the referees did see contact.

1) This year the NFL began to review all scoring plays to ensure accuracy in making judgment calls. Perhaps the NHL should consider implementing a similar policy for close plays like this one.

2) The Jets were able to keep their cool and not let the goal effect their mentality, however if the Jets end up losing the game, this could have been a momentum changer. 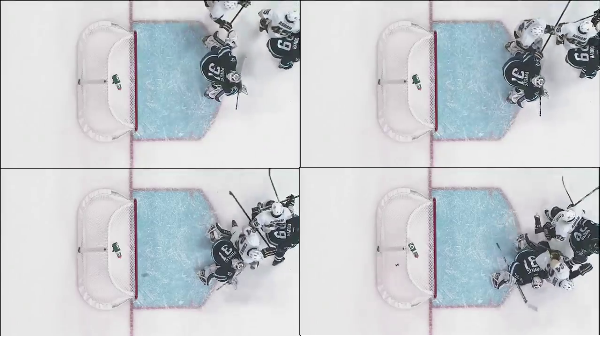