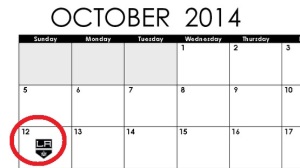 On the Horizon: Friday, October 17th at home against the Nashville Predators (7:00 p.m. CST).

– The Jets took nine minor penalties during last night’s game against San Jose which resulted in eight power plays for the Sharks. The Jets killed off all eight penalties. After two games, the Jets are the most penalized team in the NHL (22.5 penalty minutes/game)

– Jets forward Evander Kane will miss his second consecutive game for the Jets tonight. Kane suffered a knee injury during the 1st period of Thursday night’s season opener against the Arizona Coyotes when he collided with Jets forward Mark Scheifele. Kane will be out at least two weeks.

– The Kings dropped their second consecutive game of the season last night, 3-2 (in overtime) to the Arizona Coyotes. Los Angeles scored the first two goals of the game (Jeff Carter, Tanner Pearson) in the first period but the Coyotes clawed back and Oliver Ekman-Larsson scored the winner with just 14 seconds left in overtime.

– Who’s Under the Microscope for Los Angeles: Brayden McNabb. The 23-year-old defenseman has played the first two games of the season on the top pair with Drew Doughty. Jake Muzzin, Doughty’s usual partner, is out of the line-up with an undisclosed upper body injury. McNabb has only 39 games of NHL experience but he has been given a great chance here to prove he can be a regular in the Kings line-up.

– Who’s Under the Microscope for Winnipeg: Michael Hutchinson. Hutchinson will get his first start of the regular season. Hutchinson was impressive in three starts for the Jets last season but this will be a bigger test on the second night of a back-to-back set in California to start the season.

– After two games, Los Angeles is 0/5 on the Power Play season and 5/8 on the Penalty Kill.