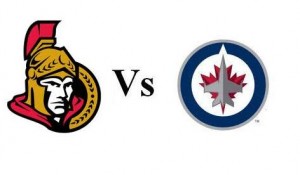 The Jets will play their next five games at home, starting tonight versus the Ottawa Senators (7:30 p.m. CST, MTS Centre) and from now until the end of December, will play 13 of their next 15 games at home. Thanks to some unevenly distributed scheduling, the Jets have played the most road games in the entire National Hockey League (the Jets have played 15 of their first 23 games on the road).

The Jets currently sit alone in 13th place in the Eastern Conference with 22 points and are only three points behind the Washington Capitals for the 8th and final playoff spot. The Jets enter tonight’s game versus the Ottawa Senators with a record of 4-1-1 in their last six games. The last time the Jets and Senators met was way back on October 20th, a 4-1 Ottawa victory which was a game that was seen as a low point for the young Jets and one the team has not likely forgotten about it.

Despite only winning one of their first six games, the Senators have turned their season around and are sitting at a respectable 24 points, only one point out of a playoff spot. Led by top scorer Jason Spezza (24 points), the Senators have found their offensive identity under rookie head coach Paul MacLean and are getting contributions on the scoresheet from a myriad of players including Milan Michalek, Colin Greening and Nick Foligno.

In addition, one of the biggest surprises early this season has been the play of Sens sophomore defenseman Erik Karlsson who enters tonight’s game as the leader in points by a defenseman (one goal, twenty assists, 21 points in 23 games played). Karlsson is a tremendous skater and playmaker and is seen as the future (and current? ) leader of the Sens defensive corps along with rookies Jared Cowen and David Rundblad.

If there is one area of the Senators game that the Jets can take advantage of tonight, it’s goaltending. The Senators are dead last in the NHL in goals against (78 goals or 3.39 goals/game). The duo of Craig Anderson (.891 Save Percentage) and Alex Auld (.876 Save Percentage) has been mediocre at the best of times this season and has been a consistent weakness for the team from the nation’s capital.

The Jets, who struggled early in the season to score goals, are now 11th in the 30 team NHL with 66 goals.  Jets snipers Evander Kane, Andrew Ladd and Kyle Wellwood will be counted on by Head Coach Claude Noel to direct plenty of shots on net tonight while grinders Tanner Glass, Jim Slater and Chris Thorburn, better known as The GST Line, will be asked to create havoc in front of the Senators crease all night long.

Ondrej Pavelec will get the start for the Jets tonight in goal while Craig Anderson is expected to start for the Ottawa Senators.

The Jets won’t play the Senators again until Monday, January 16th in Ottawa.

After tonight’s game against the Senators, the Jets will continue their homestand on Thursday, December 1st versus the Phoenix Coyotes. After that, the Jets play the New Jersey Devils (Saturday, December 3rd), Boston Bruins (Tuesday, December 6th) and Carolina Hurricanes (Friday, December 9th).

NOTES………. 21-year-old forward Nikita Filatov will play in his second consecutive game tonight for the Senators after he was sent down to the Binghamton of the AHL earlier this month. Filatov has one point in seven games this season…..Winnipeg Jets 2011 7th overall draft pick Mark Scheifele ( Barrie Colts) is one of 41 hockey players who have been invited to Canada’s World Junior Hockey Championship selection camp. The annual tournament begins on Boxing Day (Dec.26) and airs on TSN…..