The New York Rangers come to town looking to end the Canadian leg of this road trip with a victory against the Jets. Coach John Tortorella did not answer questions from the media after the loss to Edmonton so you can be sure the Rangers will be ready tonight. 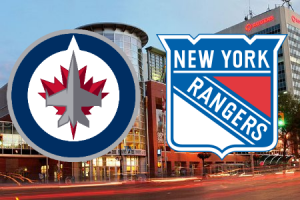 The Story: The Winnipeg Jets will host the New York Rangers Monday night still looking for their first winning streak of the season after defeating the Carolina Hurricanes 5-3 on Saturday night. The Jets fell behind 2-0 early in the first period, pulled starting goaltender Ondrej Pavelec in favour of Chris Mason.  This seemed to spark the team which scored 5 unanswered goals to win just their second game of the season. It wasn’t necessarily the prototypical type of game that Jets Head Coach Claude Noel likes but it was definitely a gritty performance for a Jets team that at times has lacked energy and cohesion.

On Sunday, the big news out of Jets camp was that 18-year-old rookie Mark Scheifele was re-assigned to the Barrie Colts of the Ontario Hockey League. It was an announcement that surprised few as Scheifele had one goal in seven games with the Jets and was not playing enough to warrant a spot on one of Winnipeg’s top three forward lines. The 2011 7th overall draft pick will surely get more ice-time in the OHL and will now have a chance to play for Team Canada at the 2012 World Junior Hockey Championships in Alberta.

The Rangers come to Winnipeg on the heels of a 2-0 road loss to the Edmonton Oilers, a game in which the Rangers were outshot 27-19. The Rangers performance was not strong to say the least and after the game, head coach John Tortorella did not answer questions from the media, a standard drill in today’s National Hockey League.

With a line-up that contains the likes of Brad Richards, Marian Gaborik, Brandon Dubinsky and Ryan Callahan, the Rangers have underwhelmed so far this season. The Rangers have scored 12 goals in 6 games, which is 30th in the 30 team National Hockey League and have scored one power play goal in 23 opportunities (4.4%) which is also last in the NHL.  Richards and Gaborik have been adequate with five points and four points respectively, but top offensive forwards Dubinsky, Callahan and Artem Anisimov have one goal between them. It may be early in the season but the Rangers will be desperate for a road victory tonight in Winnipeg.

Even though the Jets re-assigned Scheifele and forward Jim Slater is day-to-day with an upper-body injury, the team will not make any personnel moves. Forward Kenndal McArdle has been activated off the injured reserve list and may play his first game of the season tonight. McArdle was acquired from the Florida Panthers in the off-season for Angelo Esposito. If McArdle does not play, expect Tim Stapleton to be in the line-up.

NOTES…. Rangers goaltender Henrik Lundqvist left Saturday’s game with 11:34 left in the third period after experiencing soreness in his feet which was related to his equipment. Lundqvist said it shouldn’t be a problem moving forward…..