The first team the Jets 2.0 ever beat rolls back into the MTS Centre winners of their last 2 games and currently sitting 5th in the East. 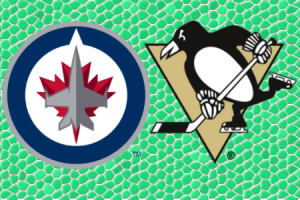 The Story: The Winnipeg Jets will try to close out their six-game home stand tonight with another win against the Pittsburgh Penguins just one day before the National Hockey League shuts down for the two-day Christmas Break.

The Jets defeated the Montreal Canadiens 4-0 Thursday night to improve their record to 3-1-1 on their current home stand and more importantly avoided dropping two games in a row for the first time since late November. With the win yesterday, the Jets improved to 7-2-1 in their last 10 games and 12-5-1 at home this season. The Jets got two goals and one assist from the red-hot Blake Wheeler and Ondrej Pavelec earned his third shutout of the season as the Montreal Canadiens dropped their fifth game in a row, fourth under new Head Coach Randy Cunneyworth.

Heading into tonight’s game, the Eastern Conference standings couldn’t be any tighter. The Jets currently sit in 9th place with 37 points behind the 8th place New Jersey Devils, who have the same amount of points but more wins (18 to 16) while there is only three points separating the 6th seed, the Toronto Maple Leafs, from the 11th seed, the Buffalo Sabres.

Despite Winnipeg’s excellent run so far in December, the Jets have still not climbed up to the coveted Elite 8 yet this year but a single point tonight could technically put them in a temporary playoff position.

Unfortunately, the Penguins are not going to make it any easier for the Jets. The Penguins, who are in 5th place in the East with 42 points, have won two in a row and are well rested from their last game, a 3-2 victory over the Chicago Blackhawks on Tuesday. Pens superstar forward Evgeni Malkin is arguably playing the best hockey of his career right now and has three goals and five assists in the Pens last two victories. The Pens have managed to stay in the thick of the playoff race without the services of top players Sidney Crosby and Kris Letang (both out with concussions) due in large part to their organizational depth that has made them a perennial Stanley Cup contender.

Starting in goal with 2003 1st overall pick Marc-Andre Fleury, the Pens are strong at every position. Center Jordan Staal would be the Number-1 Center on most teams in the NHL but on Pittsburgh he plays behind Malkin and Crosby when he’s healthy.

It is undeniable that the Jets will need a full 60-minute effort tonight if they want to beat Pittsburgh and head into the break sitting in a playoff spot.

This is the second time the Penguins have visited Winnipeg this season. The Jets defeated the Pens back on October 17th by a score of 2-1.

Here are the projected line combinations for the Jets for tonight’s game (subject to change closer to game time):

According to TSN 1290’s Rick Ralph, Ondrej Pavelec will start in goal for the Jets and Marc-Andre Fleury will start for the Pittsburgh Penguins.

QUICKIES…..Tanner Glass scored his fourth goal of the season Thursday night which ties his career-high set in 2009’10 with the Vancouver Canucks. Glass already has more points this season than he did all of last season with Vancouver (10 points in 73 games)…..Blake Wheeler has 18 points in his last 15 games….. Ondrej Pavelec now has nine career shutouts…..Pavelec and Chris Thorburn have the same number of points (2)…..