The Winnipeg Jets are coming off a disappointing loss to Southeast division leader Florida Panthers, while the Montreal Canadiens lost less than 24 hours ago to the Washington Capitals. Both teams are desperate for a win. 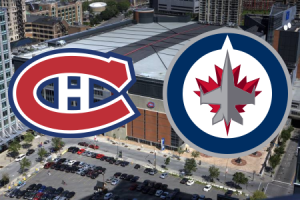 The Story: The Winnipeg Jets are coming off a disappointing loss to Southeast division leader Florida Panthers, while the Montreal Canadiens lost less than 24 hours ago to the Washington Capitals.  Both teams are desperate for a win.

This will be the fourth and final game between these two teams this season, with Montreal currently holding a 2 wins and 1 loss advantage over Winnipeg.

The Jets scoring, or lack thereof, has been this team’s major downfall over the past 5 game, as they haven’t potted more than 2 goals since their 4-3 shootout loss to Florida back on January 21st.  Despite this drought, they could end the road trip 3 and 1 with a win in La Belle Province this afternoon.

The Habs are pulling out all the stops.  They had a sports psychologist stop by the other day to get the team more focused.  However, as Pat Hickey of the Montreal Gazette told the guys yesterday on the IC Hockey Show, he doesn’t expect interim head coach Randy Cunneyworth to be back next season and one has to wonder what impact that is having on the team.  Today is the one year anniversary of Scott Gomez ‘s last goal, the game-winner in a 2-0 Habs win over the New York Rangers.  Things are not good in Montreal and it doesn’t appear to be getting any better any time soon.

No major changes expected to either lineup.

Who’s Next: The Jets return home for a date with the Leafs on Tuesday, February 7th before heading back on the road to face the Capitals and Penguins.  After that it will be extended home visit as the Jets play 9 of the next 10 (and the one road game is to St. Paul, Minnesota) at the friendly confines of the MTS Centre.