The red hot Avalanche welcome the Jets to the mile high city tonight. The Avalanche are winners of 8 in a row at home and 5 in a row overall. The Jets advantage is that this is the end of a back-to-back that saw Colorado play in St. Paul yesterday. 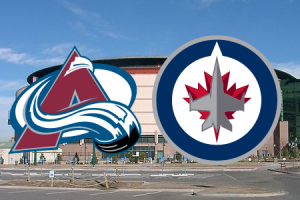 The Story: The gifts have been unwrapped, the turkeys have been eaten and the countdown to New Years is on so it’s right back to work for the Winnipeg Jets tonight when they visit the Mile High City to play the Colorado Avalanche (8:00 p.m. CST).

The Jets last game before the Christmas Break was a 4-1 loss to the Pittsburgh Penguins which capped off a six-game homestand in which the Jets earned seven out of 12 points (3-2-1). More impressive than that is the Jets record in December, 7-3-1, which has catapulted the team right smack dab in the middle of the race for the last playoff spot in the Eastern Conference.

Heading into tonight’s game, the Jets sit in 9th place with 37 points, two points behind the 8th place Ottawa Senators and only six points behind the Southeast Division-leading Florida Panthers. The Jets have taken advantage of a favourable portion of the schedule by winning seven of their last 11 home games but will now play ten of their next 16 games on the road, a place where they have struggled, winning only four times this season.

It won’t be an easy test by any means for the Jets tonight as they meet a surprising Avalanche team that has won five games in a row and has been very strong in their home rink. The Avalanche defeated the Minnesota Wild 4-2 on the road last night, but more importantly have won eight consecutive games at home. The Avalanche are the youngest team in the National Hockey League and have been heavily reliant on the line of Gabriel Landeskog, Ryan O’Reilly and Milan Hejduk for offense this season. O’Reilly is currently leading the Avalanche in scoring (26 points) and had two more points last night against the Wild. O’Reilly, 20, has already tied his career-best for points and has been a pleasant surprise for the Avs who have struggled offensively. Number-1 center Paul Statsny has struggled so far this season (20 points in 33 games) and is well below his career average.

The story for the Avs this season has been an up-and-down one. Despite a terrific start to the season (the Avs won six of their first eight games), the team has had their slides, especially on the road where the teams has struggled. Going into last night’s game against the Minnesota Wild, the Avalanche were winless in nine games on the road. The team has picked it up in the month of December however, winning eight of 13 games and remaining in the playoff picture for the time being.

This is the first of two meetings between the Jets and Avalanche this season. The two teams will play again in Winnipeg on Sunday, February 19th ( 7:30 p.m.).

Here are the projected line combinations for the Jets for tonight’s game (subject to change closer to game time):

The starting goalies will not be known until closer to game time.

QUICKIES…..Jim Slater has won 53.5% of his face-offs this year, which ranks him 24th in the NHL……David Van Der Gulik, a 2002 7th Round pick of the Calgary Flames, had two assists Monday night against the Wild and now has 3 points in 5 games since being called up from Lake Erie of the American Hockey League….  Cody McLeod of Binscarth, Manitoba leads the Avalanche with 79 penalty minutes, which is 3rd most in the NHL….. Come join the Illegal Curve Crew at The Cheer Bar & Grill (Osborne and Stradbrook) for tonight’s Jets/Avalanche game…..