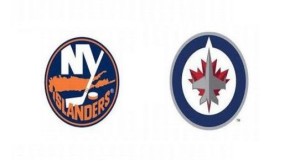 The Jets are coming off an impressive 4-2 home win over the Pittsburgh Penguins on Friday night and will look to avoid the dreaded letdown loss to the Islanders. New York comes into Winnipeg winners of two of their first four games, including a 7-4 comeback victory over the Toronto Maple Leafs just three days ago.

Led by the newly formed number 1 line of Evander Kane–Olli Jokinen–Blake Wheeler, the Jets have outscored their opposition 8-4 in the last two games (victories over the Penguins and Washington Capitals). Winnipeg has managed to overcome early deficits in their last two games and in the process have shown a resiliency and maturity that was often lacking last season.

The Islanders, as they were last year, are led by their superstar forward John Tavares, who posted a career high 81 points last season (31 goals, 50 assists). With the offseason departure of P.A. Parenteau to the Colorado Avalanche (18 goals, 49 assists last year), the Islanders will depend more on 2006 1st Rounder Kyle Okposo this season. Okposo now flanks Tavares on the top line on the opposite side of 36-goal scorer Matt Moulson.

Newly acquired forward Keith Aucoin (claimed off waivers from the Toronto Maple Leafs) is another player to watch out for on the Islanders. The 34-year-old has been a dominant player in the AHL for most of his hockey career and has three goals in four games so far this season for New York.

Al Montoya will start in goal for the Jets tonight.

QUICKIES…..Ron Hainsey  and Mark Stuart have each blocked 11 shots so far this season which is tied for 4th most in the National Hockey League……