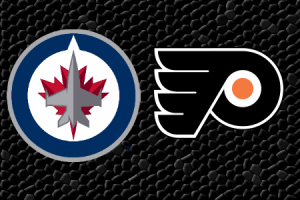 The Story: The Jets are hot right now. That’s just the way it is when you’re a struggling, young team coming off of a convincing 4-1 victory over the mighty Washington Capitals at home while also tying a season-high two game winning streak. The Jets are arguably playing their best hockey of the season as they have now put together wins against the Capitals and Tampa Bay Lightning (Monday) and find themselves only four points out of a playoff spot and four points behind the Capitals for top spot in the Southeast Division.

The schedule doesn’t get easier for the Jets as they host the Eastern Conference-leading Philadelphia Flyers this afternoon at the MTS Centre. The Flyers have won three in a row and are 6-1-1 on the road and boast some of the league’s most skilled players, including Claude Giroux, Daniel Briere and James van Riemsdyk. 39-year-old Jaromir Jagr (17 points in 18 games) who has returned to the NHL after a three-year hiatus in the Russian KHL, did not travel with Philadelphia to Winnipeg as he suffered a lower-body injury in Philadelphia’s last game.

It is hard to predict what will happen in tonight’s game simply because the last time these two teams played, they combined for 17 goals.

After today’s game against the Flyers, the Jets will have a four-day break before they hit the road for a three-game road trip, starting with a rematch with the Washington Capitals on Wednesday, November 23rd. The Jets then have games against the Carolina Hurricanes on Friday, November 25th and against the Boston Bruins on Saturday, November 26th.

NOTES….Last time a Flyers team visited Winnipeg for an NHL game, the Jets won 4-1 on March 22nd, 1996, a game that saw Dale Hawerchuk play his final game in Winnipeg (unfortunately it was against the Jets).