A look at the game 7 projected lineups and pre-game interviews.

The Jets will be looking for revenge in tonight’s re-match against the Oilers after Edmonton tied the game late in the 3rd on Sunday night and then won it with less than one second to go in regulation.  Winnipeg held an optional skate on Monday as they look to close out this six games in nine nights stretch. 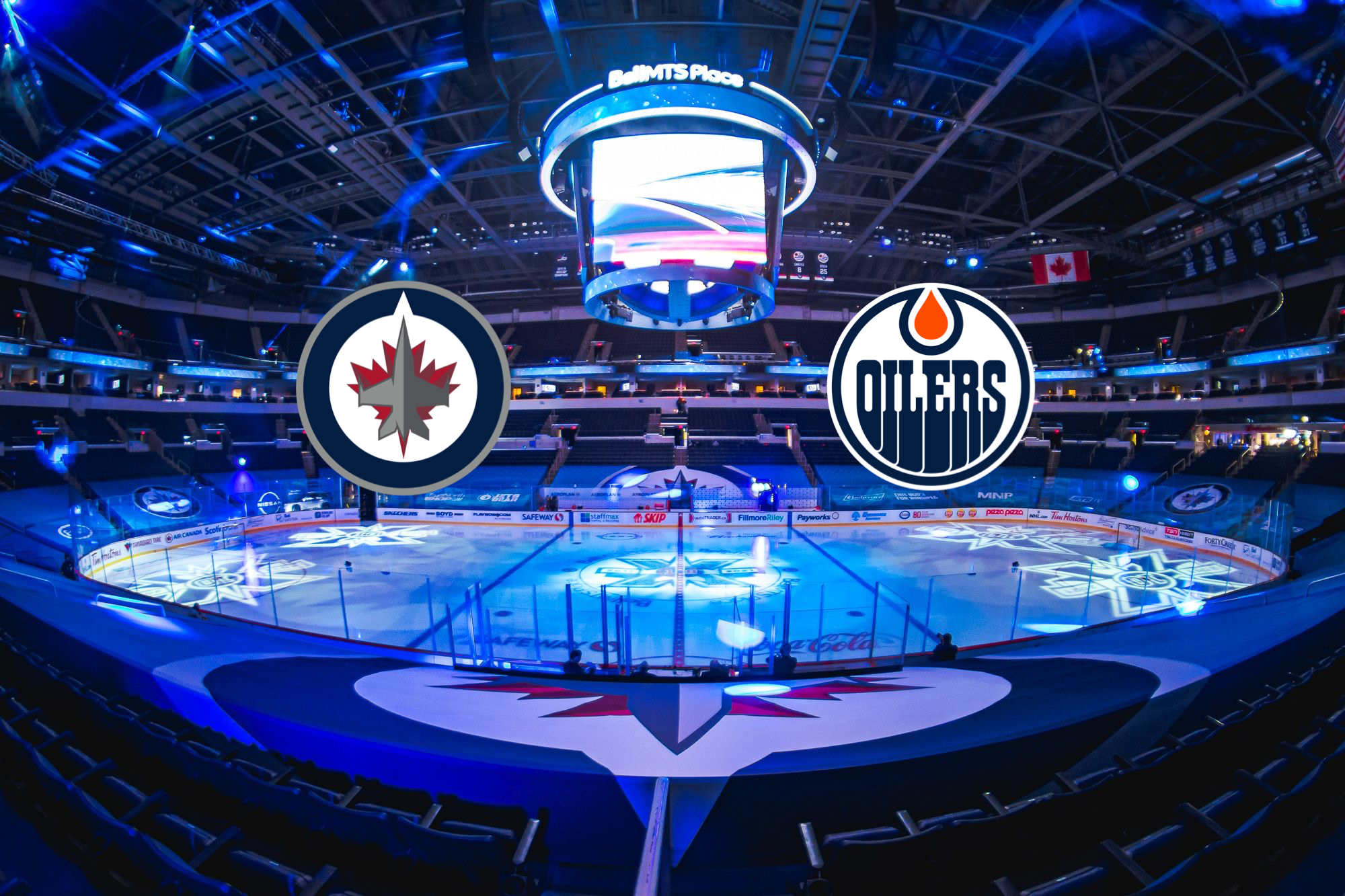 You can expect Connor Hellebuyck to get the start in net and aside from potentially inserting Ville Heinola into the roster I wouldn’t anticipate any other roster moves.  For now the projected lineup is based on last game (except it has Hellebuyck starting).

From Ken Wiebe of Sportsnet, who indicated that Connor Hellebuyck was the first goalie off the ice and would start, here is what was happening after the main group left the ice:

“Those taking extra work are: G Anton Forsberg, D Sami Niku, D Ville Heinola, D Dylan Samberg, C David Gustafsson, LW Kristian Vesalainen. One of Gustafsson or Vesalainen will be in, Niku and Forsberg will be scratched and others are part of the taxi squad.”

Jets recall Kristian Vesalainen from the taxi squad ahead of game vs Oilers.

1. Why is it Andrew Copp is able to fit anywhere on the team?
2. What was most important lesson learned from Sunday’s game?
3. On Wayne Gretzky turning 60 and did he coach against him?
4. On teams shaking off a tough loss.
5. Managing roster with taxi squad.
6. The chemistry of the Stastny line.
7. How can a player best endear himself to the head coach?
8. What did the Jets do well to contain McDavid/Draisaitl for 55 minutes of last game?

Puck drop is at 7:00 pm CT.  Be sure to head over to illegalcurve.com following the game for a recap of the action which includes post-game interviews from the Jets room as well as from coach Maurice.