A look at the game 54 projected lineup along with pre-game audio. 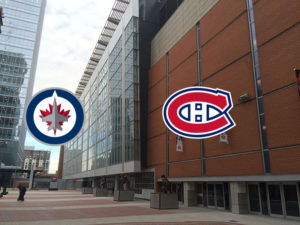 The Jets are in La Belle Province to take on the Canadiens in Montreal to kick start a three-game road trip.  The Habs have won two straight games, are 7-2-1 in last 10 games and are right in the mix in the Atlantic Division fighting Toronto and Boston for the second spot in the division with the Bolts a lofty sum ahead of that trio in top spot.

According to Mitchell Clinton of Jets TV defenceman Josh Morrissey came out 15 minutes for AM skate got underway to skate with Head Athletic Therapist Rob Milette looking on.

Looks like that will be all for Josh Morrissey as per Mike McIntyre of the Winnipeg Free Press he is not out for morning skate.

Ken Wiebe of the Winnipeg Sun notes that Jack Roslovic and Patrik Laine have flipped units so Roslovic is up on the top unit while Laine finds himself with the second grouping.

Coach Maurice:  What catches his attention about the Habs?  Speed of the game.  Status of Josh Morrissey?  Morrow or Niku?  Who will he play with Byfuglien?  On flipping Roslovic and Laine.  On Laine’s struggles.  On Laine missing the net with his shots.  Is he surprised with how quickly the Habs have turned things around?  On Lemieux’s evolution.  On the Jets depth handling injuries.  Is Byfuglien a more unique talent than Weber?  Is Byfuglien a guy you ease into the lineup or is he right back with big minutes?  On the change to the Jets when 33 is in the lineup.  Why is 33 so comfortable in the room but reserved outside of it?

The Jets bench boss provided an update on Josh Morrissey “We’re really expecting him to be available for Ottawa.  We’re hopeful for that.  He wanted to try it.  Put a pretty good press on to get into the game but we’ve got Dustin back here today, we’re healthy.  The foundation of Josh’s game is skating so we don’t want to put him in a position where he’s not even at 90% before he gets back in the lineup.”

Puck drop is at 6:30 pm CT.  Be sure to head over to illegalcurve.com following the game for a recap of the action which includes post-game audio from the Jets room as well as from coach Maurice