A look at the game 42 projected lineups and pre-game interviews.

The Jets will continue their five-game road trip tonight in Ottawa having won the first couple and looking to keep it rolling against a Senators team they beat one week ago to start off this modest three-game win streak. 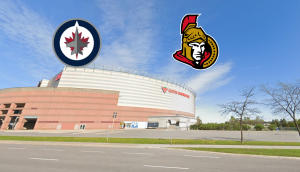 Expectation is it will be the same lineup as the Jets used to defeat Montreal on Saturday.  If there are any changes we will update.

1. Status of Blake Wheeler
2. Should teams be playing on trade deadline day?
3. Same lineup/goalie?
4. On Hellebuyck playing seven straight.
5. On having big periods.
6. What is his day like on trade deadline day?
7. What he looks at for indication a guy is a good defender.
8. How many days does Wheeler need to be ready?
9. Is there a difference in not finishing 1st in division?