A look at the game 30 projected lineups and audio. 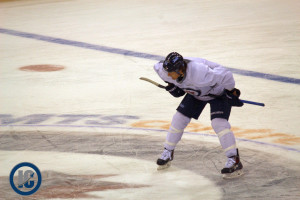 The Jets are back on the ice this morning and that included Mark Scheifele who has missed the last three Jets games since he was injured in the 2nd period against the Oilers last Thursday.  According to Ken Wiebe of the Winnipeg Sun here are your projected lines & D pairs:

According to Brian Munz of TSN 1290 Winnipeg the Rangers won’t have a pre-game skate.  However we do know that Antti Raanta starts in goal for New York.

Mark Scheifele:  Is he playing tonight?  The injury.   How frustrating was it?  Keys to a successful return to the lineup.

Patrik Laine:  What does he know about the Rangers?  Does he still watch a lot of video?  On things they worked on in practice.  Can he still improve?  Doesn’t feel like he needs rest?  How does he feel he has played in first 29 NHL games?  Does he think about going back and forth with Sidney Crosby as a leading goal scorer?  Does it surprise him to see himself tied with Sidney Crosby?

Paul Maurice:  What will it mean to have Mark Scheifele back into the lineup?  How tough was it to get Scheifele to understand that he needs to be 100% before he comes back?  What did he learn about the Rangers that last game?  How is Kyle Connor handling this stretch of sitting?  Where does he stand with the practicing with the big club vs. playing big minutes with the Moose?  At what point does Kyle Connor become inactive for too long?  Options with top 6.  Common to see that level of chemistry? Has Bryan Little had to adjust his game to play with Patrik Laine? How much of Laine’s success has been his communication? Gauging the temperature of this team.  What goes into his decision for choosing shootout players?

Rangers lines based on warm up skate are: