A look at the game 26 projected lineups and pre-game audio. 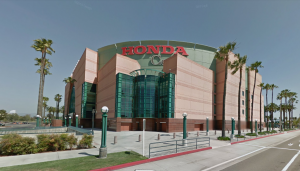 The Jets will face the Ducks this afternoon in Anaheim with it being a holiday in the United States.  Since puck drop is at 3 pm there is no morning skate but we can, based on yesterday’s practice in El Segundo, California, have a pretty good idea as to how the Jets will look when they take on the Ducks.  Coach Maurice confirmed that Connor Hellebuyck would start in net and that he expected Luca Sbisa, who didn’t skate on Thursday, to play today.

While the Ducks have slid of late going just 2-5-3 in their last 10 games they have been good at home with a 7-4-2 record.  Of course the Jets counter that with a very good road record of 9-4-0 so it should make for a good contest between these two Western Conference squads.

Puck drop is at 3 PM CST.  Be sure to head over to illegalcurve.com following the game for a recap of the action which includes post-game audio from the Jets room as well as from Coach Maurice.