When the Jets found themselves down 2-0 it wasn’t looking so good but they flushed the 1st and swung momentum back in their favour as they win it 6-3 to improve to 12-6-1 on the season. Three wins in a row for the local NHL club. 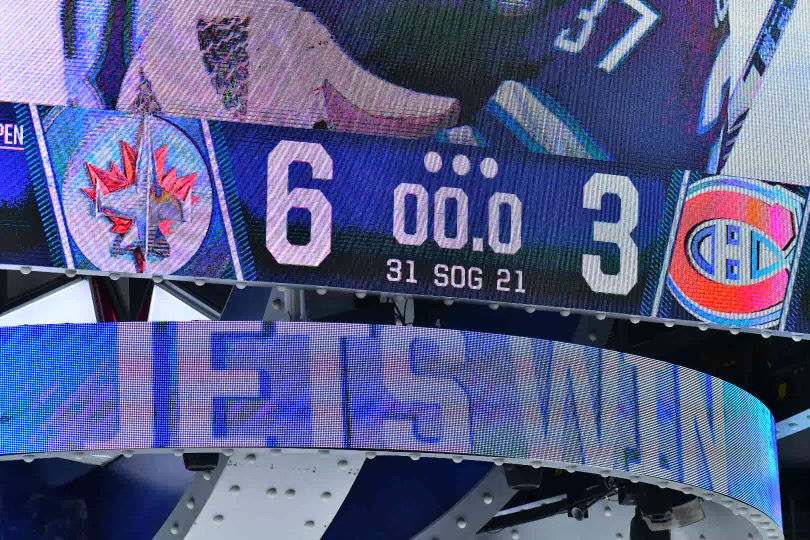 With an assist on the first Jets goal Mark Scheifele extended his points streak to a career high 11 games.  This was also game number 538 for Scheifele which moves him into sole possession of 8th most games played for this franchise.  (Next up Jim Slater in 46 games).

Neal Pionk also has himself a five game points streak courtesy of his assist on the Wheeler goal late in the 2nd period.

With the assist by Mason Appleton he has now set a career high for points with 11 (5G 6a) which he accomplishes in his 19th game of the season. Took him to game 36 in his rookie season to hit 10 points.

Nate Thompson’s first goal for the Jets turned out to be the game-winner.

1. What does he take away from the game?
2. The Jets ability to “figure out the other team” during the game.
3. Jets ability to come back in games.
4. The fight between Ehlers and Perry.
5. The decisiveness of Sami Niku.
6. What does it mean for the team when Nate Thompson to get the game-winner?
7. What did he see from Blake Wheeler tonight?
8. Characterizing his team from these types of games.
9, On the talent this team possesses.

The Jets are scheduled to practice tomorrow in Winnipeg as they get set for the re-match with the Habs on Saturday night. The Morning Papers will go live tomorrow at 7 am on illegalcurve.com.