A look at the game 17 projected lineups and pre-game interviews.

The Jets road trip continues tonight in BC as they take on the Canucks for the first time out west in some time (as they never ended up playing in Vancouver last season due to the pause).  It is another game with Pierre-Luc Dubois as a question mark for the Jets since the team was off on Thursday. 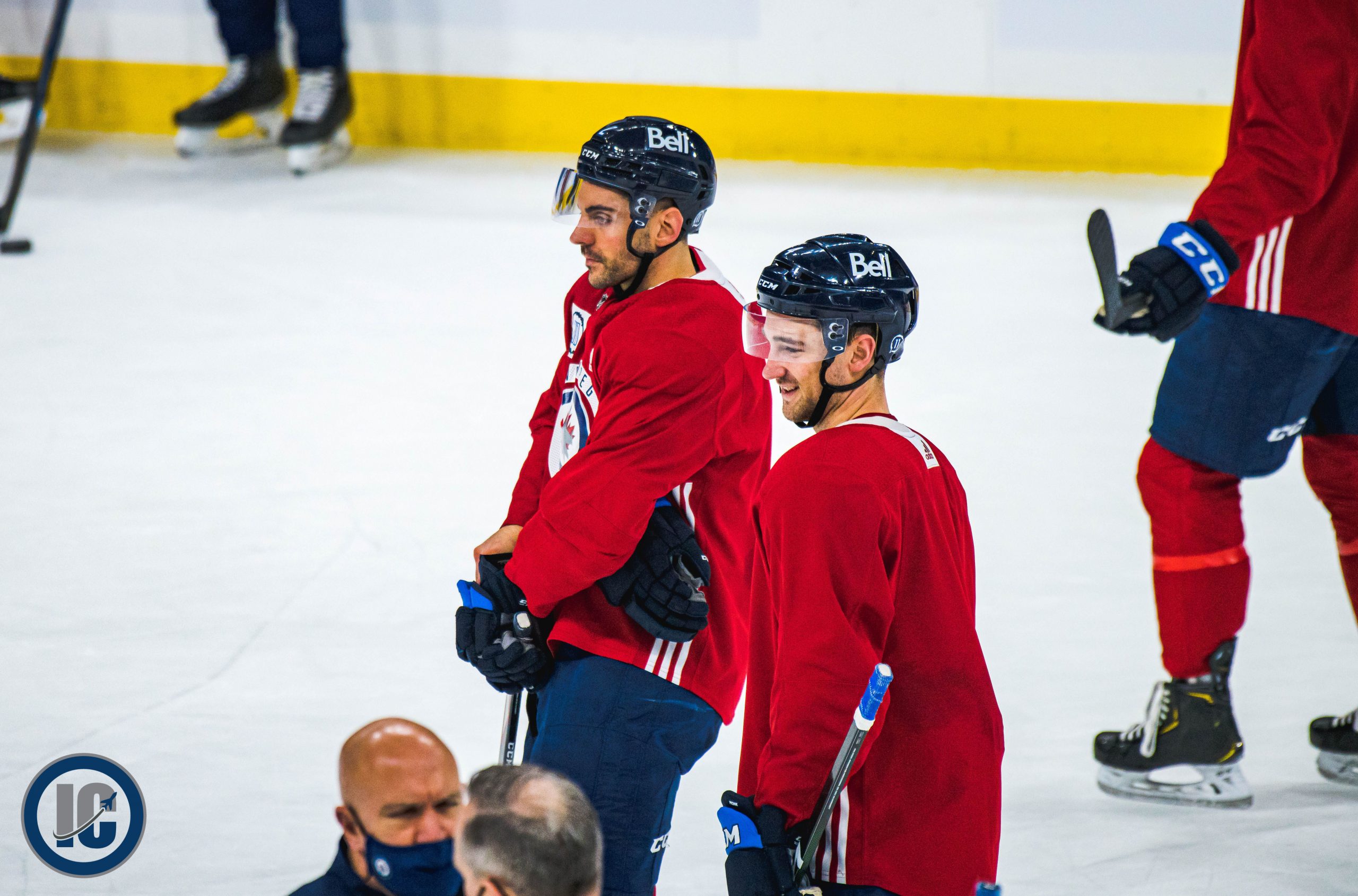 An update from Vancouver via Kevin Woodley of NHL dot com indicates that veteran centre Nate Thompson is taking rushes and looks to return to the lineup to centre the 4th line, which would bump Kristian Vesalainen back out of the lineup.  Thompson has been out of the lineup with a lower-body injury since his last game on January 21st.  Kevin added that Laurent Brossoit was first goalie off and will get the net for tonight’s contest.  It will be his fourth start of the season and first since a win over the Flames on February 2nd.

Coach confirms that Nate Thompson is back in tonight and Kristian Vesalainen is out.

Jets coach Paul Maurice confirms that he wants Pierre-Luc Dubois to have a full practice tomorrow and then will look for him as possible for Sunday.

1. Lineup questions
2. Putting Brossoit in the net tonight.
3. How much will the addition of Thompson help the PK.
4. Upping the risk profile throughout the course of the game.
5. His team’s physicality.
6. His team’s identity.