The Moose came into this afternoon’s game feeling good about themselves as they had won four straight games including the first game of this five-game series against the Heat on Thursday.

This game presented 2013 2nd rounder Eric Comrie with the opportunity to become the all-time franchise leader in wins as he sat tied with Cory Schneider in top spot both with 84 career wins. 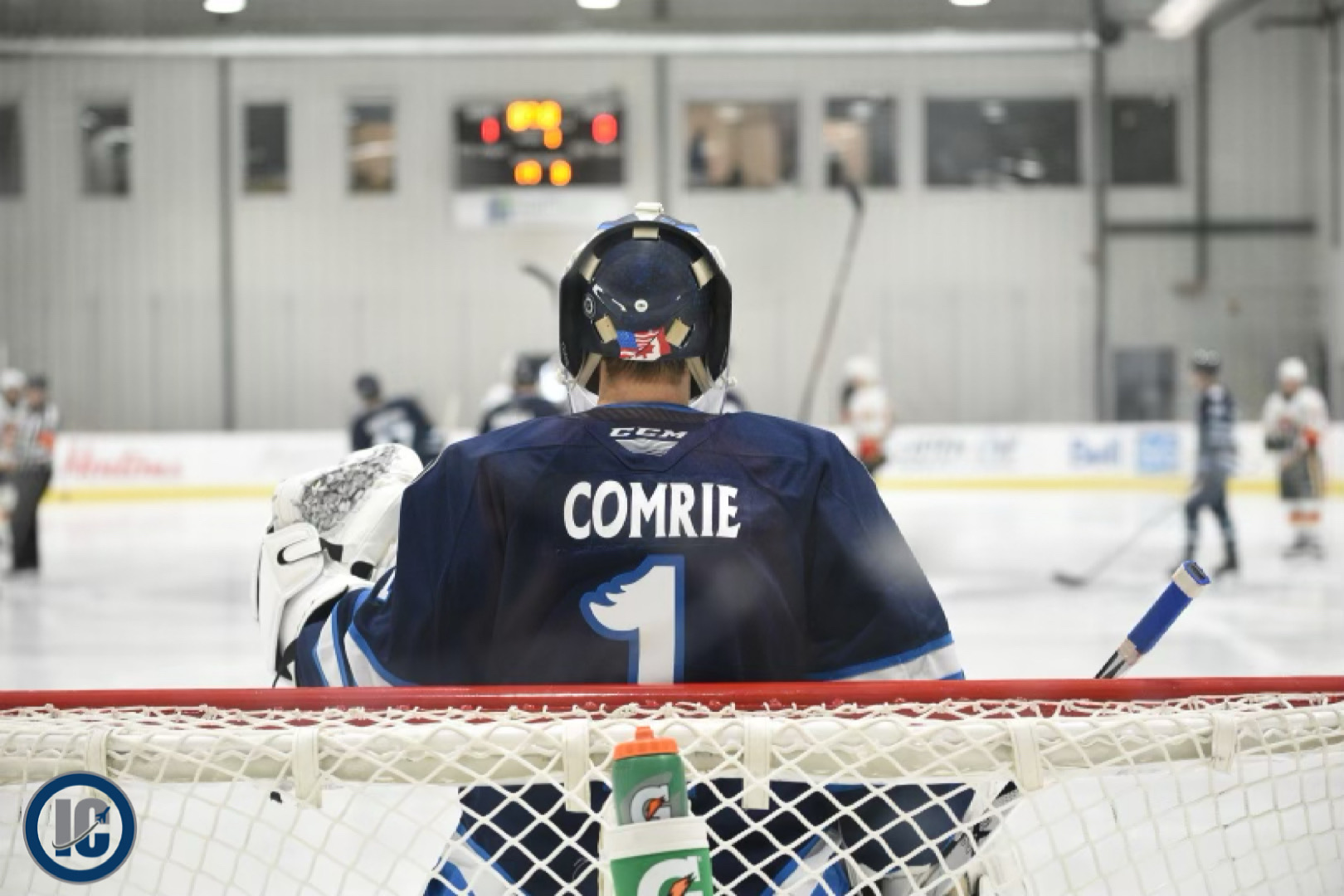 The Moose got a bump with the aforementioned Eric Comrie who had been reassigned on Friday and this morning it was augmented  further with the reassignment of top defensive prospect Ville Heinola to the squad. Heinola’s addition meant for the first time ever the Moose would have six defenceman who had been drafted by Winnipeg (2017 2nd Dylan Samberg, 2017 3rd Johnny Kovacev, 2019 1st Ville Heinola, 2014 4thNelson Nogier, 2018 5th Declan Chisholm and 2017 5th Leon Gawanke).

Neither team had a shot in the first five minutes of the game but then the Moose started to pepper Heat goalie Garret Sparks with shot after shot after shot.  The Stockton netminder stopped 16 of 17 only beaten by Jets 2020 1st rounder Cole Perfetti who buried a rebound to give Manitoba a 1-0 lead.  They also stifled the Heat limiting them to just three shots in the opening period.  Manitoba continued to play well in the middle frame outshooting Stockton 13-6 and with a contribution from Dominic Toninato who was playing in just his second game since the playoff bubble last summer off a beauty dish by Cole Perfetti. About the only other exciting part of the 2nd period was Sparks unloading after his crease was violated. More of the same in the final frame as Perfetti found Toninato for his second of the game to make it 3-0 and wrap up this contest for the home side.  Manitoba outshot Stockton 46-13.

With the win Eric Comrie became the all-time franchise leader for wins with 85.

After not playing a game since last August Dominic Toninato contributed two goals in his second game back.

Another big performance from 2020 1st rounder Cole Perfetti who had one goal and two assists in the game. He’s up to 11 points (4G 7A) in his last five games and is currently sitting tied for 3rd overall in AHL rookie scoring.

The Moose are scheduled to practice on Sunday at 12 PM.