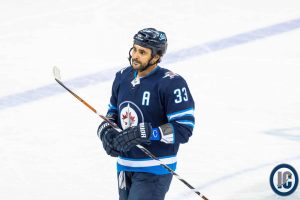 No real significant news about Jets suspended defenceman Dustin Byfuglien of late although tonight as the Jets get ready to face the Leafs in Toronto hockey insider Darren Dreger of TSN tweeted:

Sounds like Dustin Byfuglien has reached the point in rehab from surgery where he needs to test the ankle on ice. He hasn’t yet, but a potential return clearly hinges on the next phase and some think he’s at that point.

Of course the timeline surrounding Byfuglien remains murky but slowly but surely this situation looks like it is getting closer to some sort of resolution.

Not looking good for the Winnipeg Jets to be the Wild opponent in 2021 Winter Classic
Game 44: Jets 4 Leafs 3 in SO post-game recap