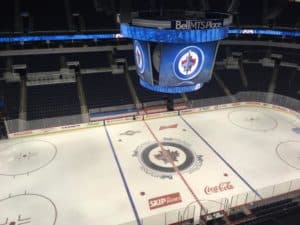 Normally we do not need to recap all the action with the Jets usually just making a move or two on Trade Deadline Day.  Today however Jets GM Kevin Cheveldayoff made six moves acquiring:

The teams and moves that were made are as follows:

In addition to these trades the Jets reassigned Mason Appleton and Tucker Poolman to the Manitoba Moose.  This means they are eligible to play in the AHL playoffs.

As per the Jets PR the numbers these players are going to wear are:

Following the conclusion of all the trade calls Jets GM Kevin Cheveldayoff spoke for just over 22 minutes about the moves he made today and the state of his franchise.  While the suspicion is that Josh Morrissey’s injury suffered on Sunday night in Arizona isn’t good, there was no update from the GM as he felt the player needed further evaluation by the team doctors.