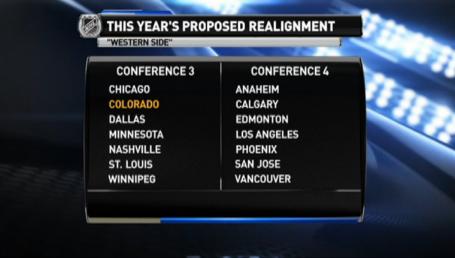 On tonight CBC’s Satellite Hotstove, Elliotte Friedman revealed the most recent version of the proposed realignment within the NHL.  While there are still a number of things that need to be worked out (i.e. playoffs) you can bet that this is likely what the final product will end up looking like.

What are your initial thoughts on the Winnipeg Jets potential conference?

Previously the Red Wings and Blue Jackets had remained in the West in the Jets proposed conference but this newest version has Detroit and Columbus heading East. 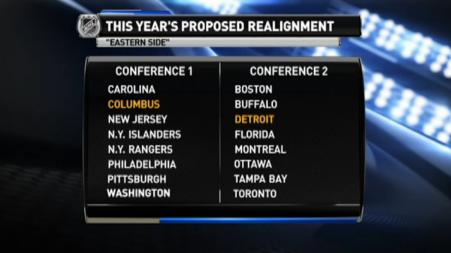 For the full discussion on realignment from the panel.

Update:  TSN’s Bob McKenzie has added his tweets to how the playoff structure MIGHT look: 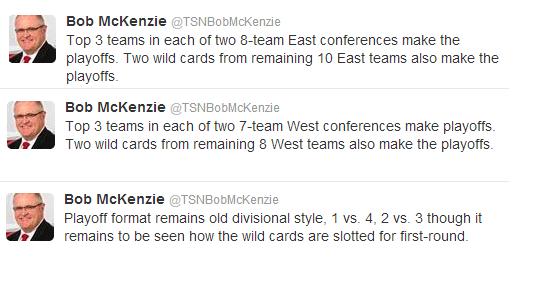 ESPN:  NHL realignment proposal.  Coming from Pierre LeBrun, he offers up these nuggets on the potential new playoff structure.