Jets lose a pair of players ahead of a critical stretch of games.

In speaking with the assembled media in Buffalo, where the Jets & Sabres will do battle later tonight, Winnipeg Jets Interim Head Coach Dave Lowry announced that both Jets leading goal-scorer Kyle Connor and defenseman Nate Schmidt have been placed into Covid protocol. 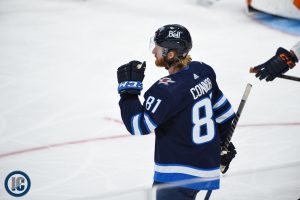 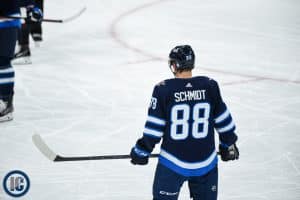 As a result of their positive tests, both are unable to cross the border back into Canada for the next five days, meaning that the two players will miss tonight’s game in Buffalo, tomorrow night’s game in Toronto and Saturday’s home game in Winnipeg v. the Los Angeles Kings.