Battle of the Sexes

Battle of the Sexes: Visors

BATTLE OF THE SEXES 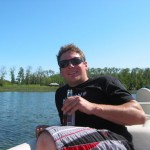 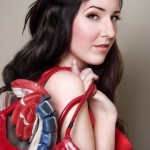 This week Rusty and Katrina talk visors. Should they be mandatory?

Rusty– Equipment talk is still a somewhat popular topic in the NHL. People debate everything from composite sticks to the size of goalie equipment, but one discussion that seems to fizzle quickly is the visor debate. I am personally in favour of mandated visors for every player in the NHL, with a grand-father clause similar to the one used for helmets.

The fact is that every new player coming into the league today has worn some short of face shield for his entire career, and most of them keep wearing it at the NHL level. The safety issue here is immense. You can get a tooth or three knocked out and still live a normal life, but if you lose an eye or two, your world has drastically changed in an instant, and you will have to re-learn to do just about everything.

Now, I realize that visors are not a panacea for all eye injuries. They do, however, protect against all but the most fluke-type incidents where a player could lose his sight. The consequences that could arise from not wearing one are severe to the point that I am strongly in favour of the league stepping in and making the decision for the player. I hope you can see (pun intended) where I am coming from on this issue.

Katrina- While “safety” is an obvious plus, I think that visors should be optional, nay, completely banned. It’s an unspoken law in hockey that the use or lack of use of the visor is an accurate measure of manhood. If you ask me, there aren’t enough modern day Craig MacTavishes out there. Risking their health, smile, and vision should be written into their contracts if they aren’t already. I don’t know about you, but suddenly seven figure incomes don’t seem quite so disgusting when you know that there is a serious chance that their careers could be over and any given moment courtesy of a strategically placed stick to the eye. Back over to you, Rusty!

First of all, I love the use of quotations around safety. Do you work for Reuters in the off-season? Anyways, attempting to tie manhood to the visor (kinky!) is a spurious argument at best. Some of the toughest players these days are sporting visors, and while they may not be fighters, they are rough and tumble hombres all the same (See Ovechkin, Alex). Nor does wearing a visor preclude a person from fighting. A quick flick is all it takes to remove the lid, and the battle can begin.

Losing an eye to a stick is no way to prove you are tough. It is most likely an accidental high stick or inadvertent follow through that will get you, so to me, wearing the visor just means to get to show up and play another day, and lose your teeth the old fashioned way. With a puck. The same argument can be used for your salary tack. With a cornucopia of ways to suffer a career ending injury, why lose your meal ticket to a stick swinging European?

Besides, I once tried to woo a girl with an oozing nose wound (she was from Regina, it shoudn’t have been that hard) and I was rebuffed. Maybe a visor would have helped?

Katrina- OK, I didn’t want to have to go this route, but you leave me no choice. Maybe the bloody nose lost you the girl, or maybe it was just you! Either way, banning visors adds a little something extra to the female spectator’s enjoyment of the game. Some players like, I don’t know, Taylor Pyatt, should not be hiding their beautiful eyes and perfect features behind plastic. I know what you’re thinking! Visors will help to preserve their beauty blah blah blah! I’m sure Bettman would agree with me when I say that a few eye injuries are a small price to pay for large spike in attendance specifically in the female (panties in fist) demographic. Could you imagine the draw if they didn’t wear helmets at all, hair flowing wildly as they charged up the ice…

Rusty- Having spent more than a few years in college, I am embarrassed to say you taught me a new term today when you introduced the “Panties in Fist” demographic. While I see your point and acknowledge that is easier to make a better connection with a player you can see versus one you can’t, I wonder if you had considered that if said player did suffer a catastrophic eye injury you wouldn’t be able to enjoy his on-ice talents any longer. Sure, you could throw underpants at him while him and his seeing eye dog signed autographs at the local Audi dealership, but would be get the full effect of the frilly lace if he couldn’t see them? Would that be a benefit to you in that you could cut up an old t-shirt and cut down on your monthly La Senza bill?

As for the NHL, Bettman and Co. do not seem to mind the visors one bit. They have hitched the NHL marketing wagon to a couple of youngsters who both wear a face shield. Sure, it might hide their eyes, but both players are still readily visible to the fan at large. Crosby has that dirt on his upper lip and there is no hiding Ovechkin’s Cro-Magnon brow under that tinted windshield. If the NHL can connect with these players, so can you!

And while I did suffer a broken nose playing the game sans-visor, it did lead me to a slightly desperate emergency room nurse who was fond of handy’s in the Earl’s parking lot. So what I am asking you Katrina is, Give Visors’s a Chance.

Katrina- See, your lack of visor got you a hand job in a parking lot in true junior hockey form! While I do agree that it would be a shame for the Taylor Pyatts of the NHL to damage the goods and have to retire prematurely, the beauty of the NHL is, to quote Dazed and Confused, that “I get older, [NHL players] stay the same age!” As for Crosby and Ovechkin, I would argue that the League demanded that both of them wear visors so as NOT to repel the female fan base! Look at Ovchekin! That’s not a pretty mug!

There you have it. Our best arguments for and against the NHL mandating visors for each new player in the NHL. Let’s hear your thoughts in the comments.

Battles of the Sexes: The Phoenix Situation