A look back at the Winnipeg Jets 2014 Development Camp

A look back at Jets Development Camp. 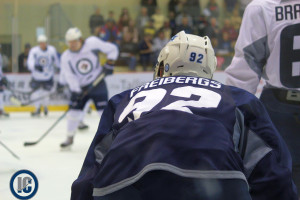 The Winnipeg Jets ended a five day Development Camp they held at the MTS IcePlex this past week.  If you missed anything from the previous week we have you covered with all the interviews with the coaches and players.

Guide to the three groups at camp:

Since a number of undrafted players were also invited to camp we broke down if the players was a draft pick of the Jets or if they were an undrafted invitee, where they played last season and some of their numbers.