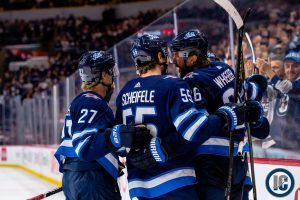 The Jets have until 4 pm CT to get their roster compliant.  Today we learned that Bryan Little has a concussion and Nathan Beaulieu is out at least four weeks with an upper-body injury and the team acquired Carl Dahlstrom from waivers.

Perhaps the injury to Bryan Little isn’t too significant as he is on the 23 man roster.  In order to make room they have put Beaulieu on IR and assigned Sami Niku, who was dealing with a groin injury, to the Moose.