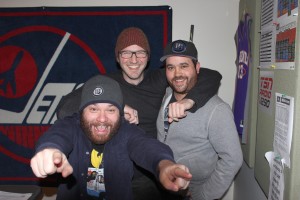 49:26 – Interview with Jack Edwards, voice of the Bruins on NESN