The Jets held an optional skate before leaving for Montreal.

The Jets are coming off their second straight defeat last night to the Habs which puts them down 2-0 in this 2nd round series with Montreal which will head east for games 3 and 4 on Sunday and Monday. 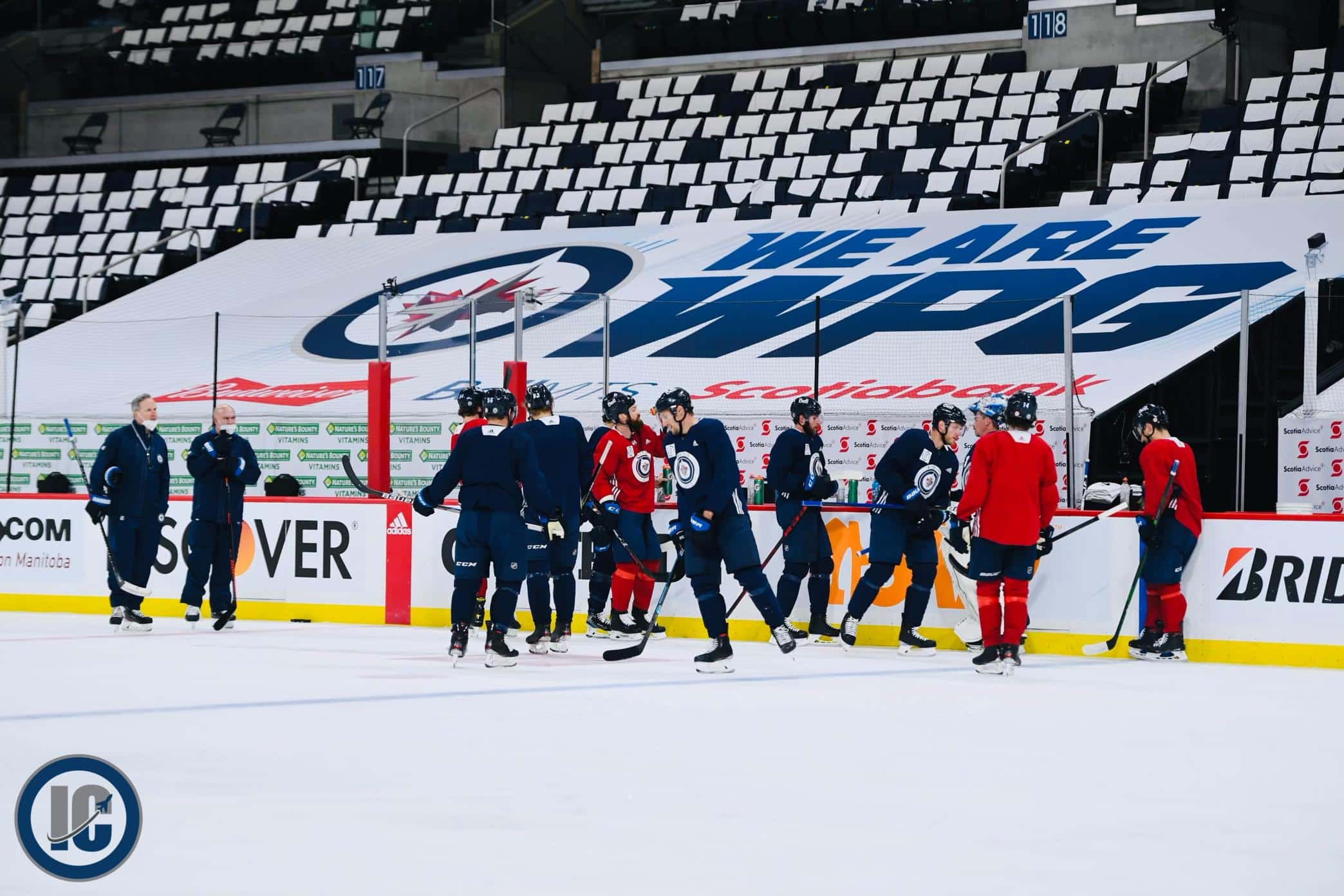 It was an optional skate according to Sara Orlesky of TSN with the black aces and only a handful of players who skated in last night’s game including Pionk, Vesalainen, Harkins and Benn.

1) Does he expect Paul Stastny to be on the flight to Montreal?
2) How difficult is it to blunt what Carey Price is doing?
3) What is the ask of Pierre-Luc Dubois with Scheifele out?
4) Importance of first goal.
5) Difference in styles.
6) What is the next level for Pierre-Luc Dubois to get to in this series?

Tomorrow will be game 3 of the 2nd round which starts at 5 PM. Be sure to keep it locked to illegalcurve.com for the AM Papers which go live at 7 AM CT as well as comprehensive coverage throughout the day. Then join us on the Illegal Curve Post-Game Show which goes live minutes after the final buzzer. Here is the link for Sunday’s game 3 post-game show.