Note: Before the Jets left for Montreal on Saturday they held a media availability as they tried to focus on turning this series around which begins tonight with game 3. Morning skate gets underway at 8:30 AM and there remains plenty of uncertainty surrounding Paul Stastny. Check back to see the pre-game report for potential updates as well as for the media availability from players and head coach Paul Maurice. Puck drop is at 5 PM CDT. Join us afterwards for our post-game show here (be sure to smash that like/subscribe button).

Winnipeg Sun: Jets continue to preach patience as they try to dig out of hole against Canadiens. While patience is a virtue now is the time for desperation as it is near impossible for a team to pull themselves out of a 0-3 deficit.

Winnipeg Sun: If Pierre-Luc Dubois is ever going to make impact for Winnipeg Jets this season, the time is now. This is the most important game of the playoffs for the Jets and there is no time like the present in the arena in his home province where Dubois will have the opportunity to help Winnipeg get back into the series. 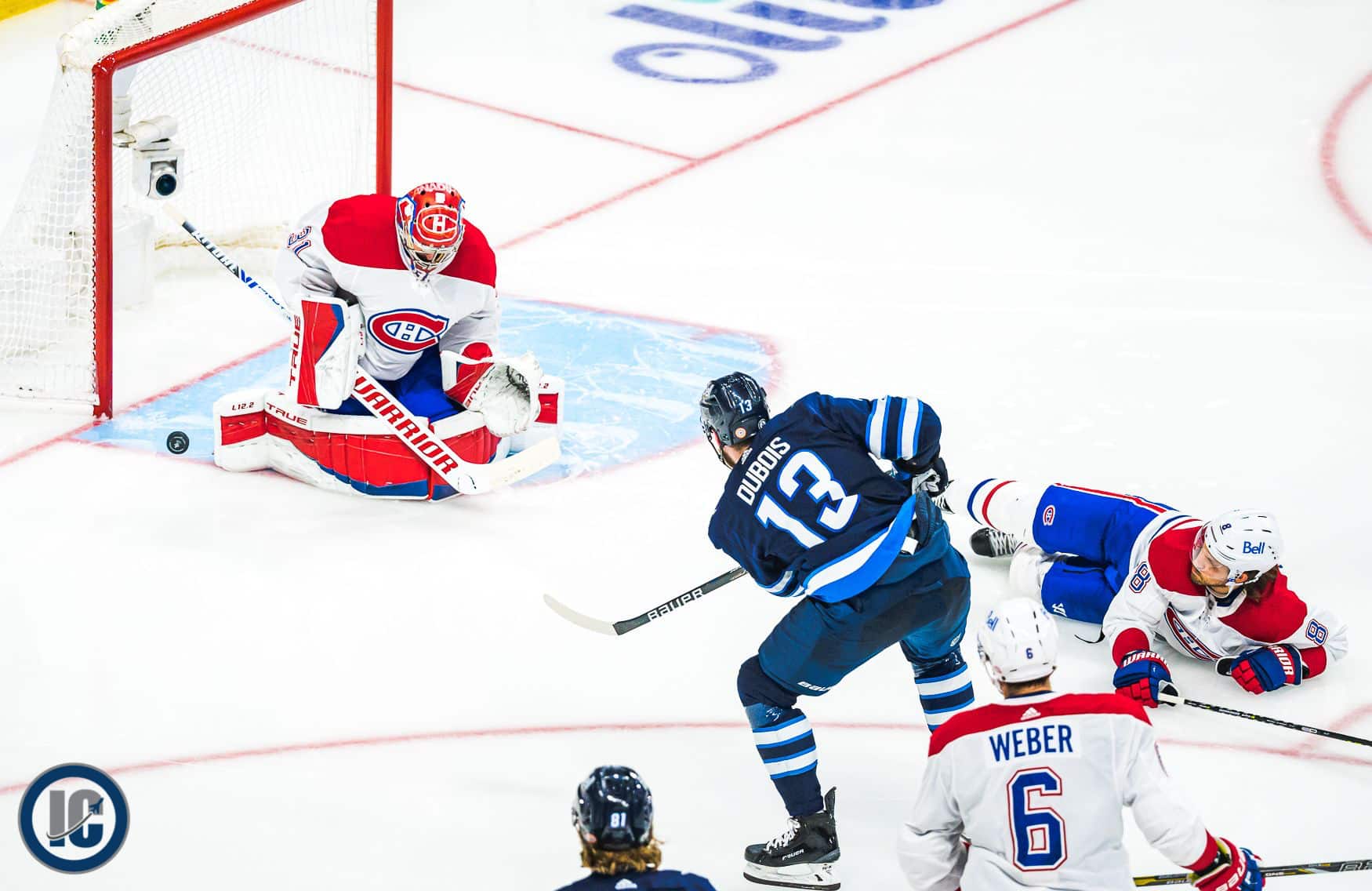 Winnipeg Sun: Readers let Friesen have it for L’Affaire Scheifele. I’ve never understood why people don’t understand that folks who cover sports aren’t there to cover the games as fans. They are generally there to observe and report. Despite that as the mantra Paul took it on the chin from some folks not necessarily reflecting the moniker on our license plates.

Winnipeg Free Press: Jets need top centre Dubois to take charge. (Paywall). With great power comes great responsibility and when the mantle of top centre is thrust upon your shoulders it means that you need to step up your game. Although this isn’t his cross to bear alone given the fact that there are a multitude of players who have way more years (and way bigger contracts) who also need to help drag this team back into the win column.

theScore: 3 looming questions as Habs-Jets series shifts to Montreal. John has some questions including: 1) Did we sleep on Habs’ ceiling? 2) When will Dubois show up? 3) Can the Jets tighten up?

The Athletic Winnipeg: Jets need Pierre-Luc Dubois to step up with Scheifele out — or to promote a centre who will. (Paywall). The reality for the Jets is this isn’t on one specific player but more as a collective group effort.

CBC: Down 2-0, Jets looking for ways to solve Canadiens’ Price. Not taking away his eyes certainly ain’t gonna help get it done. If he can see it, he can stop it.

Sportsnet: Hellebuyck and Price continue to be the story in Canadiens and Jets series. The Hockey Central panel discuss a pivotal Game 3 between the Montreal Canadiens and the Winnipeg Jets.

Sportsnet: Jets in desperate need of goals from Connor and Dubois. Sean Reynolds and Ken Wiebe discuss why the Winnipeg Jets need forwards Kyle Connor and Pierre-Luc Dubois to show up in Game 3 or risk going down 3-0 to the Montreal Canadiens.

TSN: Depleted Jets will need Dubois to make an impact in series vs. Canadiens. Last season in the bubble, Pierre-Luc Dubois was a difference-maker for the Blue Jackets and with the depleted Jets trailing 2-0 in their second-round series against the Canadiens, Dubois is being counted on to raise his game once again. Sara Orlesky has more.

TSN: Adaptability of Perry, Staal, Armia line boosting Canadiens as team confidence grows. The line of Corey Perry, Eric Staal and Joel Armia has been a heavy contributor in the Canadiens’ impressive playoff run thus far and their adaptability is a big reason for their success. The TSN Hockey panel breaks down their play and discusses the struggles the Jets have had on offence.

Topics: Reflections on the four game suspension for Mark Scheifele.  Looking ahead to Jets and Canadiens game 3.